Memories and Highlights from Travelling to East Africa

The only dangerous thing about travelling to countries in East Africa is that no other country will ever compare, leaving you unsatisfied for eternity. Okay, that’s a bit dramatic, but one of my favourite places in the world is a tiny village tucked into the grassy slopes of Kenya, where an abundance of mangos, bananas, and tomatoes add colour to the lush greenery, and tea grows like no other. When I went there, I had 11 cups of tea in one day. And I usually don’t like tea, but the people I sipped it with made it all the tastier. At another place, I stood among giraffes and zebras wandering through Acacia trees below a bright orange and purple sky—I wasn’t even on a safari! I also listened to stories and witnessed hardships that challenged my perspective on many things and highlighted my privilege, forcing me to grow and unlearn previously accepted biases and viewpoints (something which I continue to work on).

Travelling to Kenya, Malawi (more southeastern Africa), Uganda, and Tanzania brought both wild, exciting adventures and self-growth in many areas—voluntourism, white privilege, to name two. No exploration will ever compare to what I experienced inside and out as I explored and developed friendships with some incredible locals and fellow travellers. If you’re thinking of going to one of these countries, continue reading to learn some highlights and tips, especially if you’re on a budget! 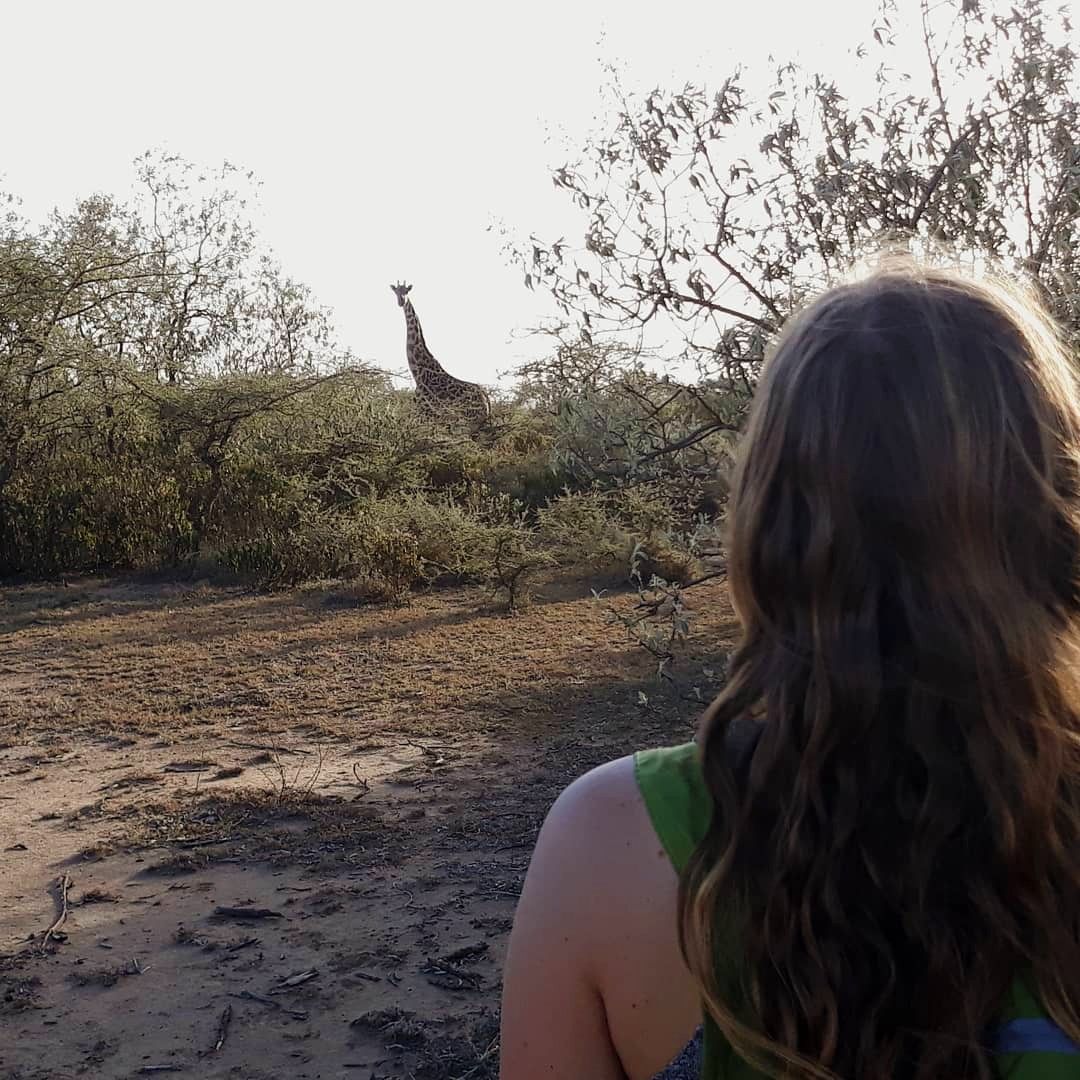 Giraffe on an evening walk in Kenya

Kenya marked the start of my year-long journey in East Africa—and wow, did it ever exceed expectations! Not only did I see giraffes towering over trees in my backyard on evening walks, but I got to cycle among them in Hell’s Gate National Park—one of my favourite adventure highlights in Kenya. On a whim, we decided to take several matatus (public transportation) from our three-month “home” to Fisherman’s Camp just outside of Hell’s Gate National Park and along the shores of Lake Naivasha. After setting up our tent below the star-lit sky, hippos emerged on the beach and started brawling (or mating?). They made the weirdest, loudest noises before flopping back into the water and sinking out of sight.

We rented bikes from the campground in the morning and headed out to Hell’s Gate National Park. One thing to know before going: national parks here do not accept cash! The guy behind us was kind enough to pay with his visa, and we paid him back in cash (don’t worry).

There was something surreal about cycling paths flanked by giraffes, warthogs (my favourite), zebras, and more. From the hippo fight the night before to cycling below the watchful eyes of giraffes, this short 2-day journey hit “epic” out of the park.

We met and visited some incredible spots throughout our three months in Kenya, but Hell’s Gate National Park was a highlight! 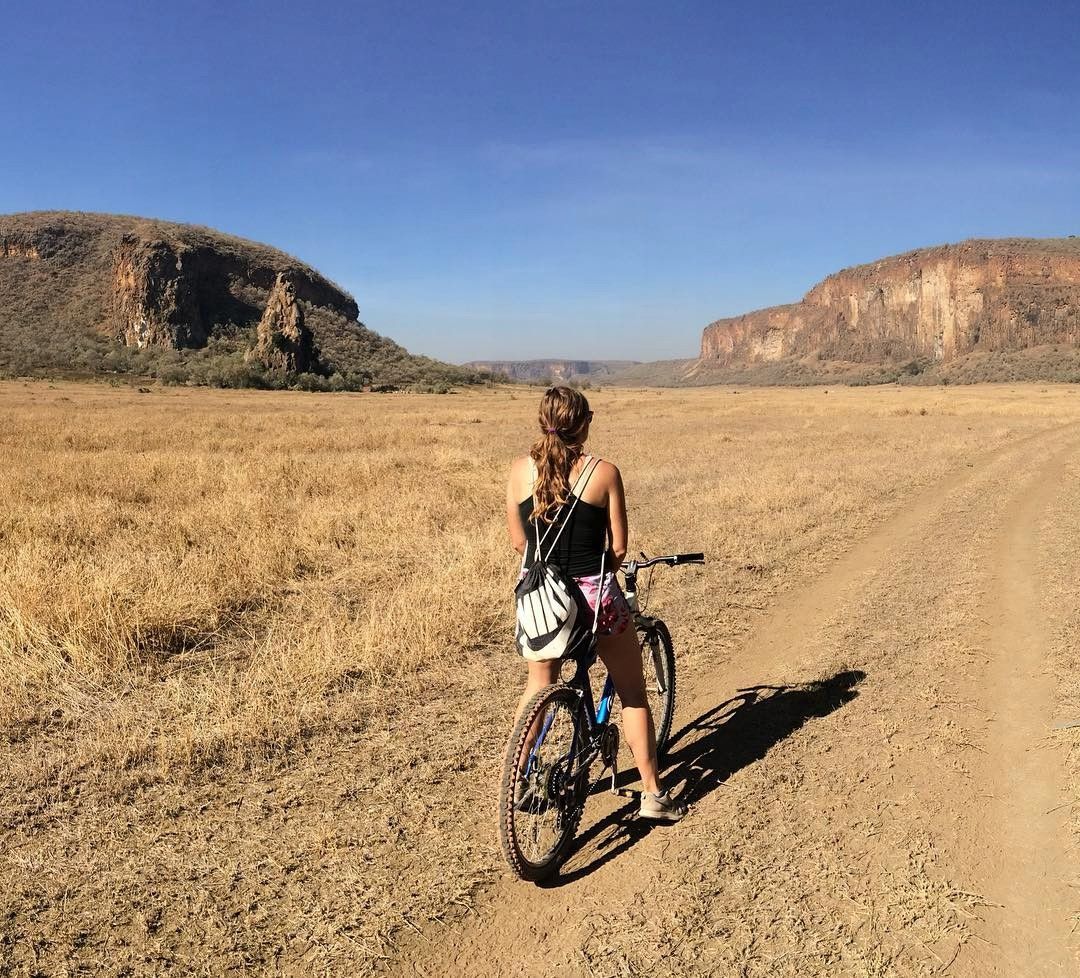 After Kenya, we took the bus over the land border to Tanzania. They checked our yellow fever card here, so if you’re thinking about not getting your yellow fever shot, get it. We started in Arusha and stayed at Savannah House, a cozy hostel with kind, welcoming hosts, before going to an Airbnb a short distance away from the main city.

We fell in love with Chemka Hot Springs, located just outside of Arusha—so much so that we went twice! Tucked just off of a bumpy road, this oasis boasts a canopy of lush trees draping over a glimmering, bright blue warm body of water. We had a blast sipping a Savanna Cider and Kilimanjaro Premium Lager while the minnows nibbled on our toes! We took a public bus to Boma followed by a tuk-tuk along the bumpy road to the hot springs. But our driver was fantastic, and the clouds lifted just enough to show off Kilimanjaro’s snow-dusted peak in the background! Be prepared to pay a fee for the transport (of course) and the entrance admission.

Another highlight in Tanzania, besides the obvious sunny and crystal-clear-water and white-sandy-beach-laden Zanzibar, was our time in Morogoro. Here, we stayed at an Airbnb with a family, met up with a fellow Canadian leading an afterschool program, and did a lot of hiking!

Thankfully, a local friend led us along various trails to phenomenal viewpoints. We also snuck in a backpacking trip to an abandoned hotel that overlooks the city. When we were on our own, we enjoyed neighbourhood walks and befriended a local brewer who concocted her spirits from coconuts! She didn’t speak English and we couldn't understand the local dialect, so it was pretty cool communicating with her through actions. Before we left, we wrote a letter to her in her language, and she wrote one to us in English!

The surrounding mountainscape and awesome local and traveller friends tricked us into extending our stay here just a little longer than we had anticipated. 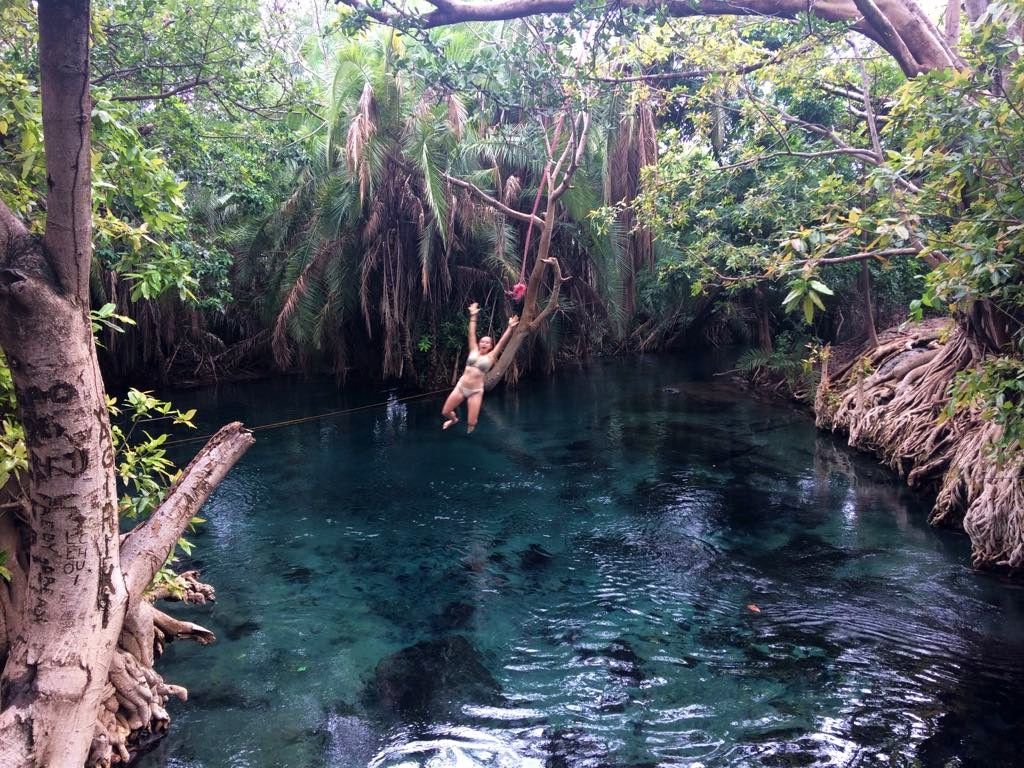 When our visa expired in Tanzania, we decided to save money and take public transport to Malawi. They said the journey would take 24 hours, but we ended up staying on the bus for two whole nights and two full days. When we finally arrived, we got picked up by the owner of the Philadelphia Guest House. We had a lot of fun with the host, who introduced us to classic tourist attractions around and outside Lilongwe and even took us to a wedding, where a dance extravaganza ensued.

After that, we ended up in Kachere for quite some time. We couldn't help but love meeting local and international guests at Kachere Kastle, hanging out with the staff, and, of course, swimming in the pool backed by Lake Malawi, where hippos loved to pop up every once in a while. Some other incredible nearby locations are Kande Beach and Myoka Village. Unfortunately, I did get malaria twice in 10 days (two different strains), so if you're going here, I'd advise taking preventative pills. I never, ever want to go through the shivers and aches that accompany malaria again.

By this time, we hadn't gone on a safari yet, but we found the perfect opportunity in Malawi: Liwonde Safari Camp. We spent two nights in the dormitory and one night in our tent. On the first night, elephants stomped around camp, munching on plants just outside the window of our dormitory. During our night in our backpacking tent, we fell asleep to the roars of lions in the not-so-far distance. My elevated heart rate prevented a good sleep, that's for sure! The camp also boasts an array of lookout points, a refreshing plunge pool, and an eating area (with a restaurant), where it's common for monkeys to swoop in and steal your bread. On the first morning, right before we went on the actual safari, we saw a male lion roaming just beyond one lookout point—I definitely teared up!

While on the safari, elephants almost ripped my heart out when they geared up to fake charge us. And we witnessed several warthogs roaming the land and refused to think about lions eating them, gazelles and zebras paraded about, and we hoped to spot a black rhino, but they kept out of sight. We also went on a boat safari in the afternoon and watched hippos and elephants frolic in the water.

We ended up staying in Malawi for six months—getting a visa extension is a whole other story in itself, one I won't get into today.

Shortly after finishing university at the end of 2015, I hopped on a plane to Uganda. I spent a month in Masaka, a few days in Jinja, another month in Mbale, followed by bouncing back and forth from Kampala and other locations.

I cannot help but recommend a trip to Lake Bunyonyi! If you're looking for rustic, rugged experiences wrapped into a bundle of adventure, go here. We stayed at a campground along the shores of the lake—I can't remember the name at all—where we could tent for $5 a night and cook our own food! During the day, we went on walks to the villages up and over the hill behind the campsite. We bought our fruits and veggies at the local vendors. The campsite also let us use their dug-out canoe! One day, we set out for a long day trip all over the lake, and we ended up meeting some of the Pygmy people! The paddle back was long, and I only had six songs on my phone, so I think we listened to "7 Years" by Lukas Graham and "Trap Queen" by Fetty Wap about a thousand times.

We also really enjoyed Jinja, where we kayaked the Nile River, found a rope swing, and enjoyed a delicious meal at All Friends Grill and Bar Restaurant! 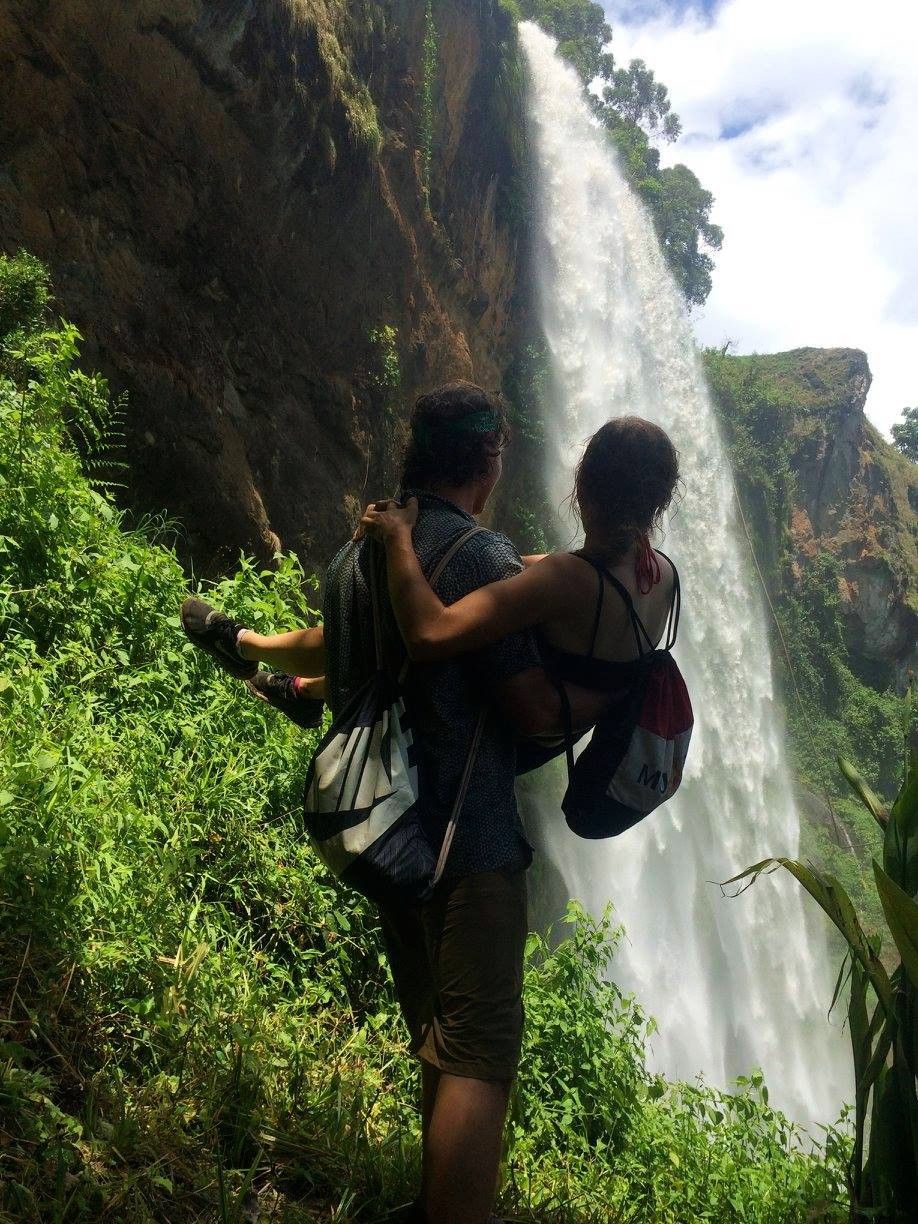 When we travelled to these countries in East Africa, we booked accommodation through local hostels, AirBnB, or looked for volunteer positions through workaway.com.

Other things to note/things I learned

Travelling to East Africa will propel self-growth—due to immersing in a culture likely so different from your own (depending on where you’re coming from, of course), recognizing your privilege as a traveller, and hearing unbelievable stories recounting a range of experiences. In addition, you'll encounter magical and unspoiled landscapes, engage in fun and insightful discussions with the locals and fellow travellers, and maybe see an animal or two along the way. I can't wait to go back to some of these countries one day!