Planning Your Trip To Åre, Sweden

A holiday in Are is a classic Scandinavian vacation. Sweden might be cold and dark half the year, but that’s reason enough to visit it in our book. Sweden is a winter wonderland, with nearly-endless opportunities – including some of the best skiing in Northern Europe. When the weather warms up and sunlight finally returns, Sweden is also home to some sick mountain biking and backpacking.

If we had to pick just one place in Sweden to visit, we’d go back to Åre. This village at the base of a ski resort boasts some of the best skiing in all of the Nordic countries – and draws many foreign visitors who come for the perfect snow and beautiful landscape. Not only is there great downhill skiing, but also incredible cross-country skiing, as well as many ski touring and snowshoeing opportunities. In fact, 2018 saw Åre named Sweden’s best ski resort for the 6th time in a row by the World Ski Awards.

In summer, the locality converts into a mecca for hikers, cyclists and especially mountain bikers, with great trails around Åre.

Sound fun? Here’s what you need to know to plan a trip.

The lakes surrounded by the mountains on the Blanktjärnsrundan hike in Åre, Sweden 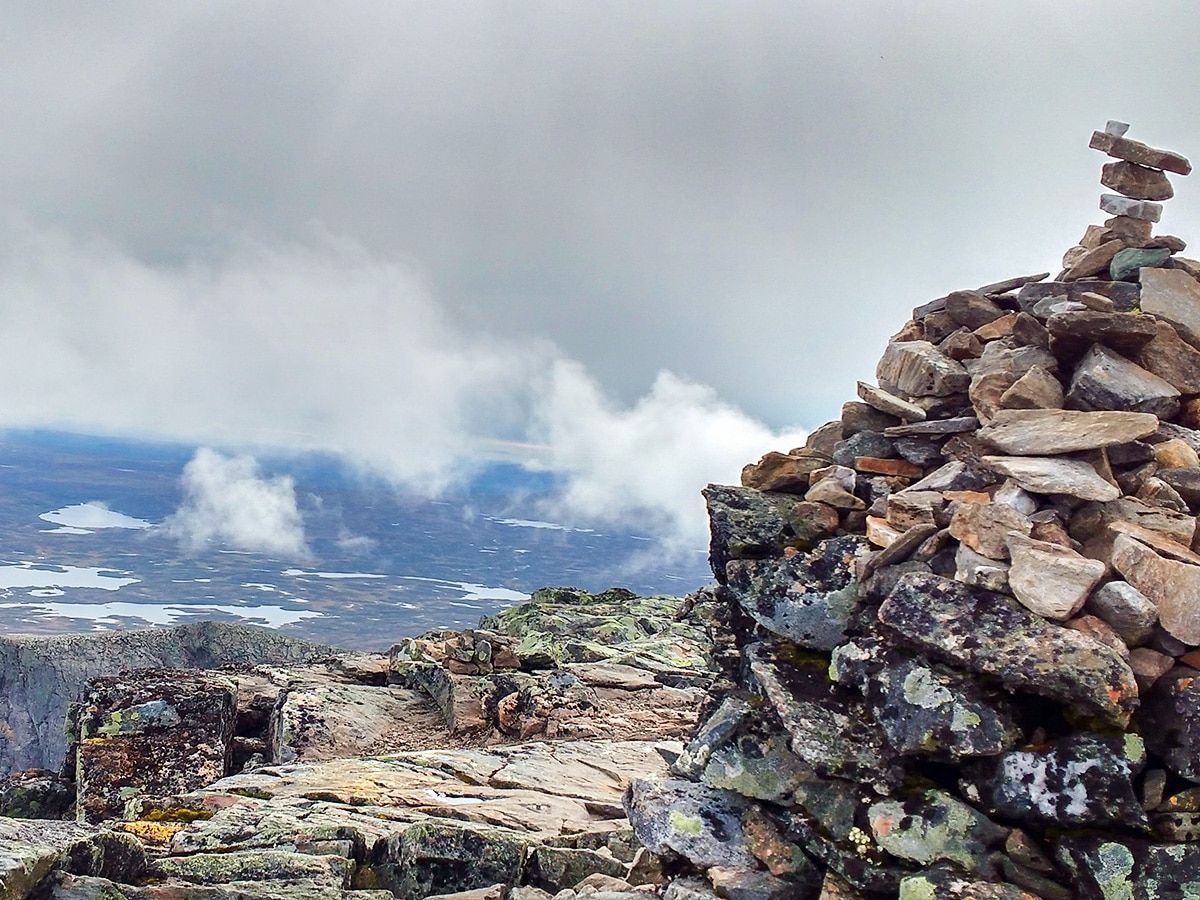 Clouds rolling over mountain on Helagstoppen hike in Åre, Sweden

Easy question: Åre is great to visit all year round.

As Sweden’s best ski resort, Åre is at its peak in winter – December through early March. Be warned that the days are very, very short – just over 4 hours long on the Winter Solstice.

November through April will still plenty of cold and snow, and even though Åre doesn’t have the elevation of the Alps, you can still get good skiing conditions into May – when days are longer and much more pleasant.

Once ski season is over, grab your mountain bike – because Åre is Sweden’s most popular downhill biking spot, too. It even hosted the UCI Mountain Bike World Championships in 1999 and the Nordic Championships in 2007. This season lasts until the snow falls again in the Fall.

Åre is also a great hiking destination, with some of the best hikes in all of Sweden nearby.

Remember that if you go in midsummer, the northerly latitude gives you as many as 19-20 hours of daylight every day.

How To Get To Åre

By Car: The main route into Åre is European Route E14, which runs from Trondheim, Norway to Sundsvall, where it connects with E45 – which runs through Gothenburg and Ostersund. It’s easy to get to and well-maintained even in winter.

By Train: Sweden has fantastic rail service and Åre is served by a few different lines that connect it to all of Sweden’s major cities. The Mittanban, operated by Norrtag, reaches Åre from Ostersund and Sundsvall. If you’re coming from Gothenburg, Stockholm or Malmo, you can take the long-distance service on both SJ300’s and InterCity trains.

By Plane: The closet airport to Åre is Åre Ostersund Airport, located near Ostersund and about 94.0 km west of Åre. You can grab connections to Ostersund from Stockholm and London, among several other airports, and then rent a car and make the hour-plus drive to Åre. You can also grab a bus.

Alternatively, you fly in Stockholm Arlanda Airport – Sweden’s largest airport serviced by dozens of airlines to hundreds of thousands – and take the train. But the train ride can take a good 8 hours – so it’s probably best to fly elsewhere unless you plan on seeing more of Sweden during your trip.

Where To Stay In Åre?

Åre has tons of accommodations, from the luxurious to the basic.

For a “rustic-chic” experience, stay in the Hotell Fjällgården Åre. This hotel combines the best of a traditional ski lodge with modern amenities, a couple of good restaurants, a bar and spa for warming up and – most importantly – ski-in access.

Find a Hotel in Åre 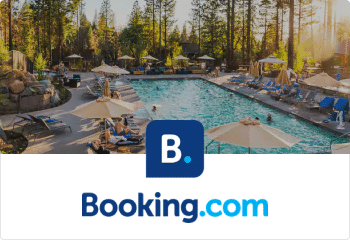 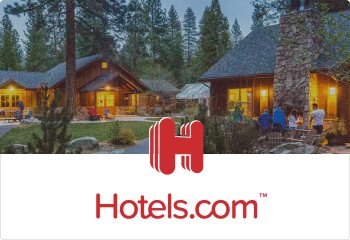 Also definitely check out the Hotel Åregarden. It’s luxurious but casual, with a couple of dining options and a bar. It’s only about a minute from the nearest lift and literally across the street from the Åre train station. While not “inexpensive,” it’s a pretty great value for Sweden in general.

On a budget? Try the Åre Bed and Breakfast. If you really need to save a few bucks, take an extra few minutes on the train and go down to the Millestgarden Eco lodge in Duved. Sweden on the whole isn’t the cheapest place to visit, but these simple lodges can help you save while sleeping just a few minutes from the ski lifts.

Where To Eat: Restaurants And Casual Eats In Åre, Sweden

Åre punches above its size in terms of culinary treats. Thanks to being a resort town, there is a wide variety of options for a meal. There are some great options below.

For sit-down eats, try Liten Krog or Vinbaren, located at the Hotel Åregarden. Both serve a collection of cocktails and fine wines, and varied menus serving tapas and traditional European cuisine - even pizza. They’re on the pricier side but can be a good way to reward yourself after a week on the slopes.

If mountaintop views are more your style, eat at Hummelstugan, located halfway up Mount Åreskuten. They have great gourmet pizzas, good burgers and pastas and a collection of good beers. The best part being the views, of course.

There are some casual eateries, too: try Åre Creperie and Logi, and O’Learys for some casual American pub food.

Taking a swim surrounded by mountains on Nulltjärnsrundan hike in Åre, Sweden

It’s tough to pick the “best skiing” in Åre, thanks to the sheer number of slopes and runs available – green, blue and black pistes. Massive jumps in the park, forest skiing and tons of off-piste slopes; you can find pretty much anything you want here.

The main resort in Åre is run by SkiStar, and there are three main ski areas: above Åre, Duved a few miles down the road, and Åre Bjornen, a few miles east of Åre.

The Åre region is split into two parts: the low zone is below the tree line and offers a bunch of challenging red and black-graded slopes used in the World Cup. The high zone is above the tree line, where you can bomb downhill on open slopes from the peak of Mt. Åreskutan (at 1,420 m) past the tree line back to the village. Or, beginners can ski down the west side of the mountain, where blue and green slopes offer fun-but-easy downhills.

Bjornen offers the most beginner’s slopes, making it a good place for families and those building their confidence on the slopes. Duved has less slopes to choose from, but gets less visitors, so it’s a good choice for slower a pace and getting away from the crowd. All three areas are connected by bus and serviced by a plethora of ski lifts.

Want to ditch the lift and do your own thing? Åre offers some epic randonee and alpine touring too. They suggest hiring a guide to show you around the unmarked and ungroomed sides of Mt. Åreskutan, and they also have organized Randonees a couple times a week during peak season. There’s a lit piste going most of the way up the mountain. 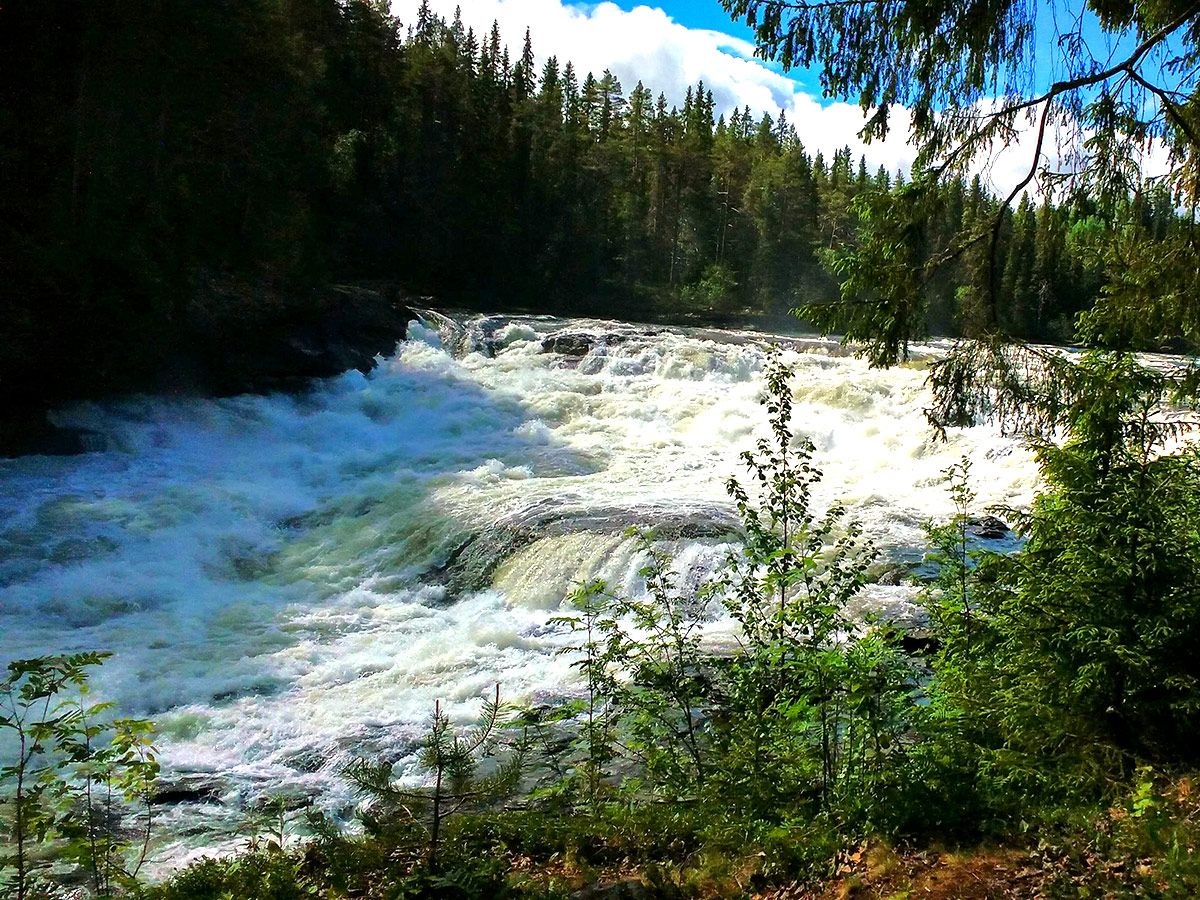 If you’re heading to Åre for the sweet biking, you’re in luck. Wait until mid-May or early June and you’ll be treated to some of the best downhill in Northern Europe, as well as some lung-busting cross-country.

Åre Bike Park is Sweden’s largest, and has 34 trails – green, blue, red and black difficulties – totaling over 54.0 km. The highest downhill starts at 1,274 m above sea level on the side of Mt. Åreskutan. Terrain ranges from open and barren mountainsides to forested and rooty single-track – some even machine-built.

All trails can be accessed by ski lift or cable car, and you can buy lift passes at the SkiStarshop, the cable car station, or online. Passes start at 60SEK and go up to 140SEK (about $6.5 and $15 for a day – which is pretty cheap!)

Renting a Bike and Hiring Guides for Downhill Biking

There are several shops in Åre with bike rentals and include gear. You can also hire a guide to bring you on the trails and show you around – especially helpful if you’re new to downhill biking need some instruction. Åreguiderna, Åre Skidsport, Åre Bikes and Åre MTB Center are all excellent services (use google translate as these sites are all only in Swedish). Åre Fat Bike specializes in renting and guiding fatbikes in wintertime.

SLOA’s Little Green Book provides all the rules and policies you need to know for biking Åre in the summer. You’ll need to use Google Translate however – as it’s in Swedish.

Cabin on the mountain top on Välliste runt hike in Åre, Sweden

Cross-Country and Road Cycling in Åre

Most people don’t come to Åre for the road cycling, but the mountain roads and passes make for some challenging rides with exhilarating views. It’s never hot here, either, so biking is comfortable in summer.

An easy ride with great views and Sweden’s largest waterfall as a reward, this 42.0 km ride up to Tannforsen has 580 m of elevation gain and is a good way to get some exercise in without killing yourself.

If you’d like a real challenge, however, try this 120.0 km ride to Storulvan Mountain Station; it climbs 1,600.0 km while offering (literally) breathtaking views of the mountains and valleys below. It might actually be Sweden’s best mountain ride.

Hiking and trail running are plentiful in Åre, especially during the warmer months. Some great hikes include the 12.3 km Trail 283 to Blanktjärnsrundan, a turquoise-blue lake; and the 5.0 km hike from the cable car station to the summit of Mt. Åreskutan.

What Else Do You Need To Know About Visiting Åre?