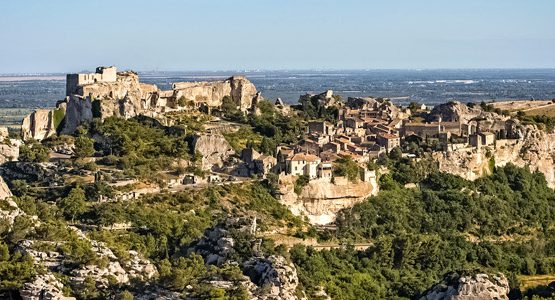 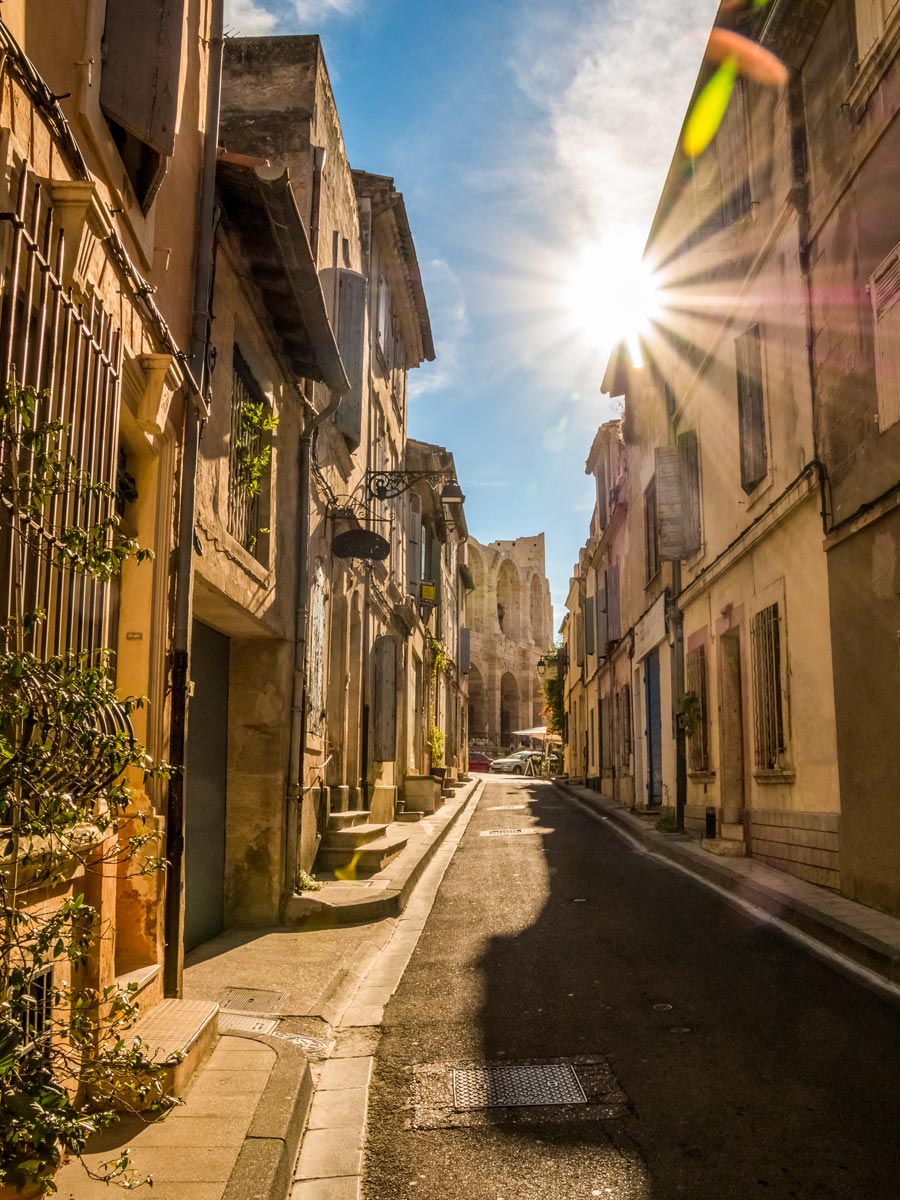 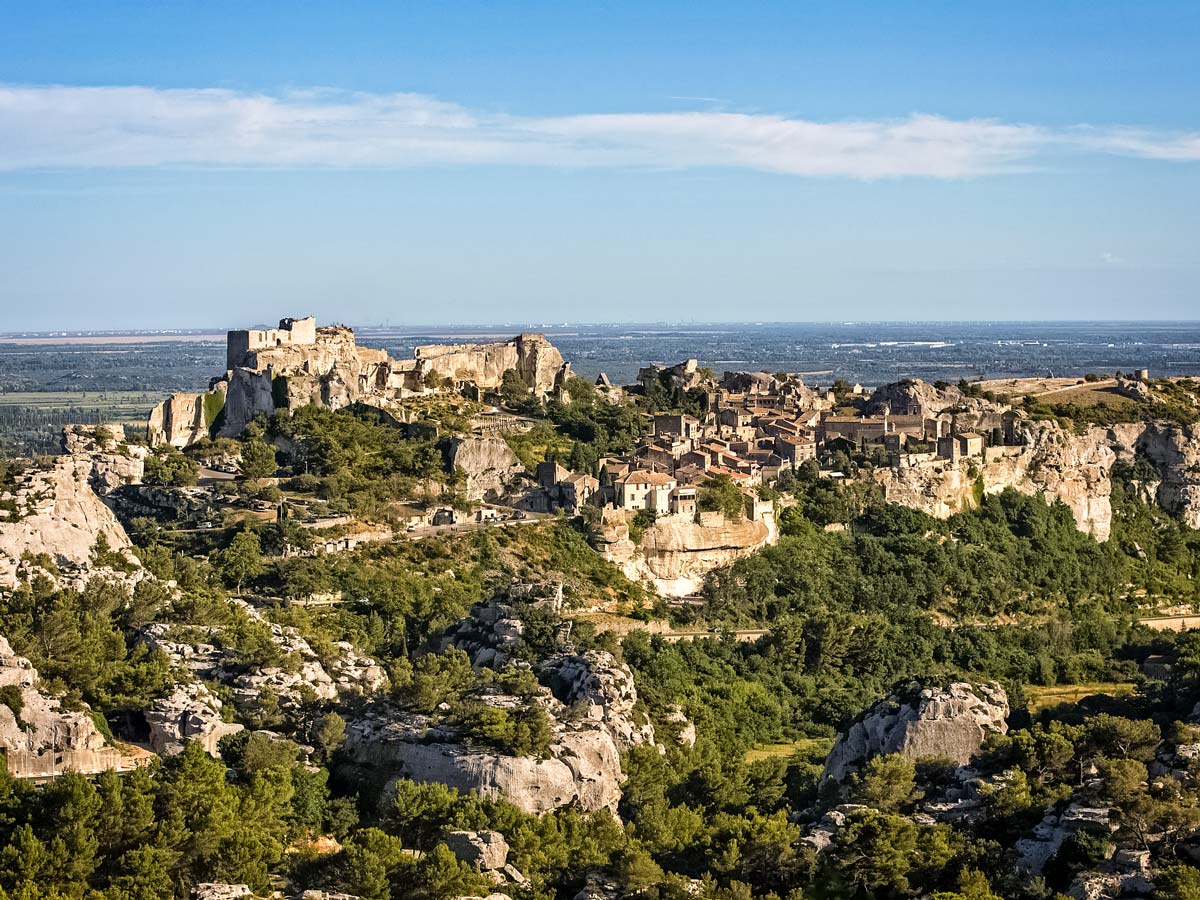 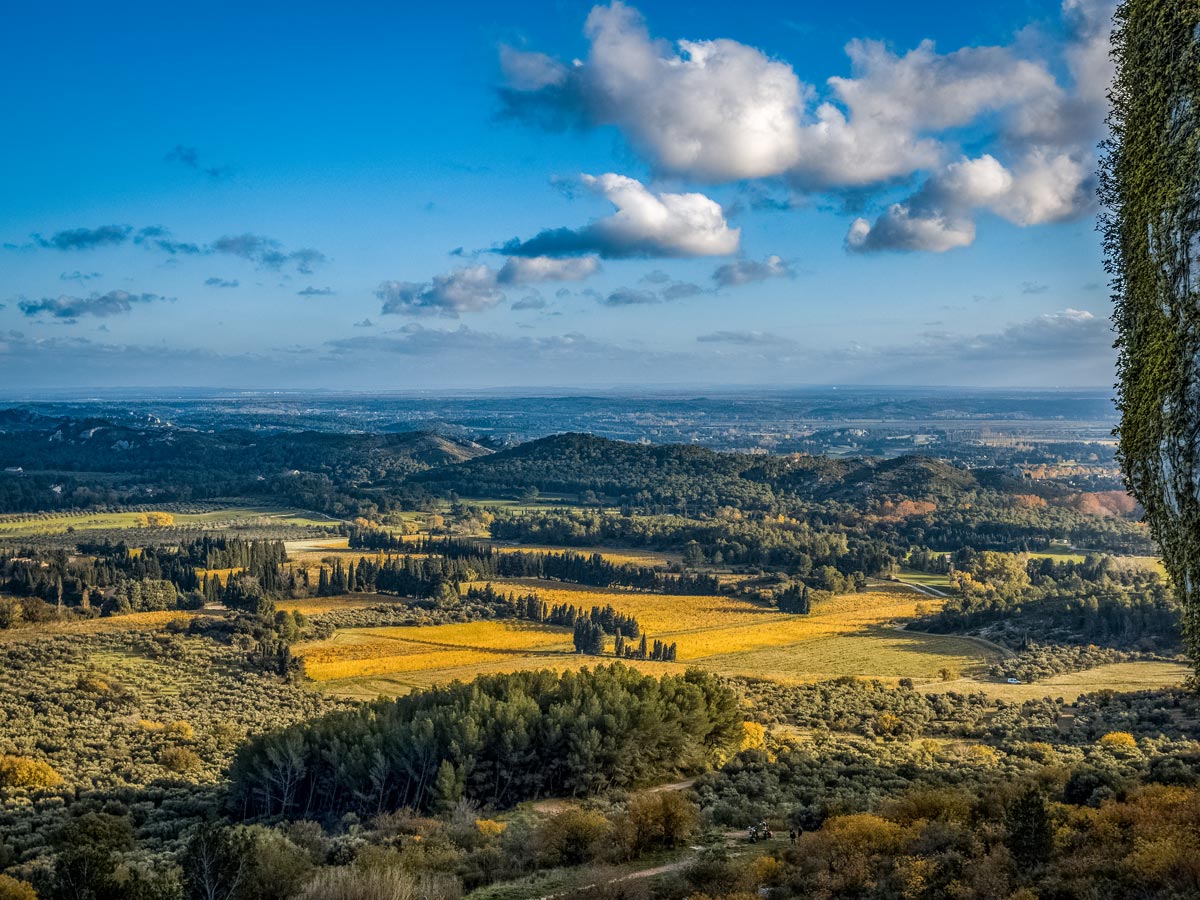 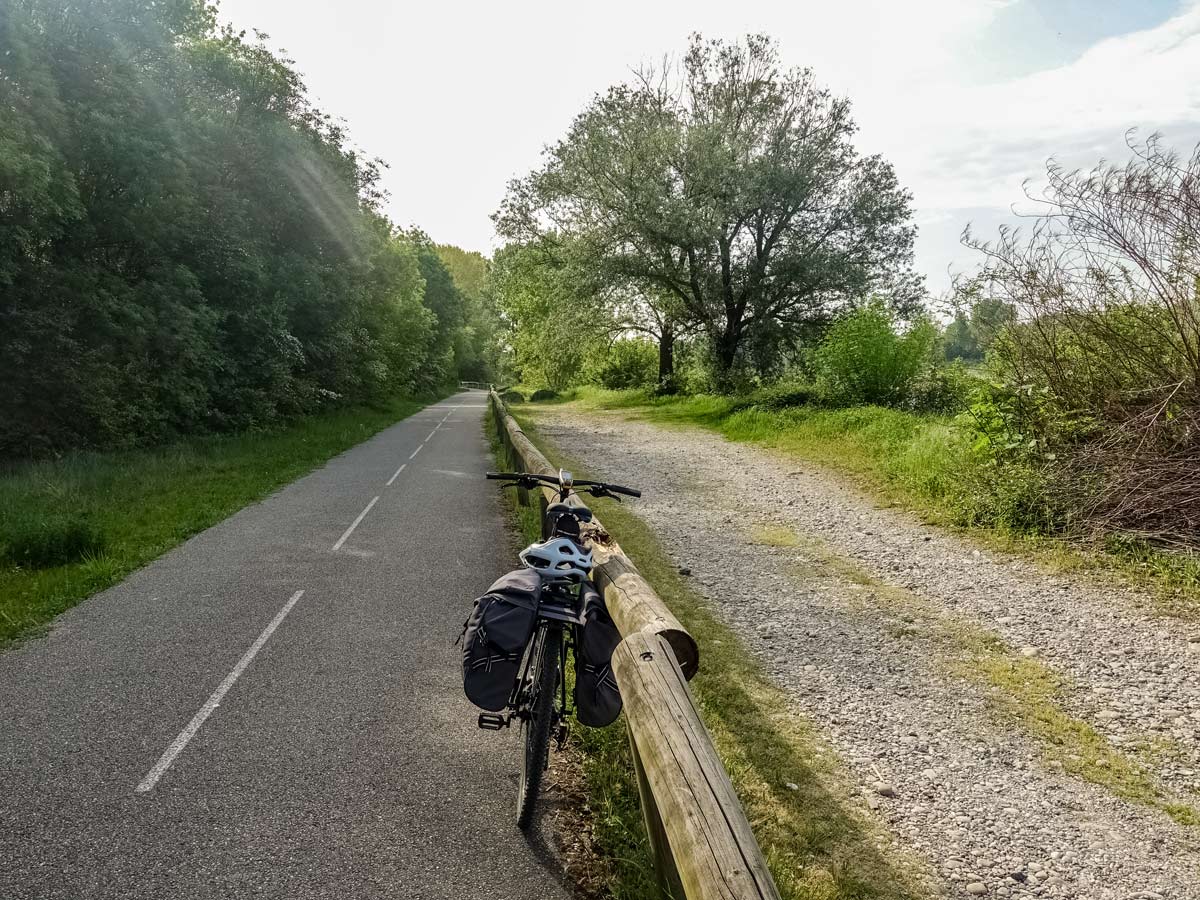 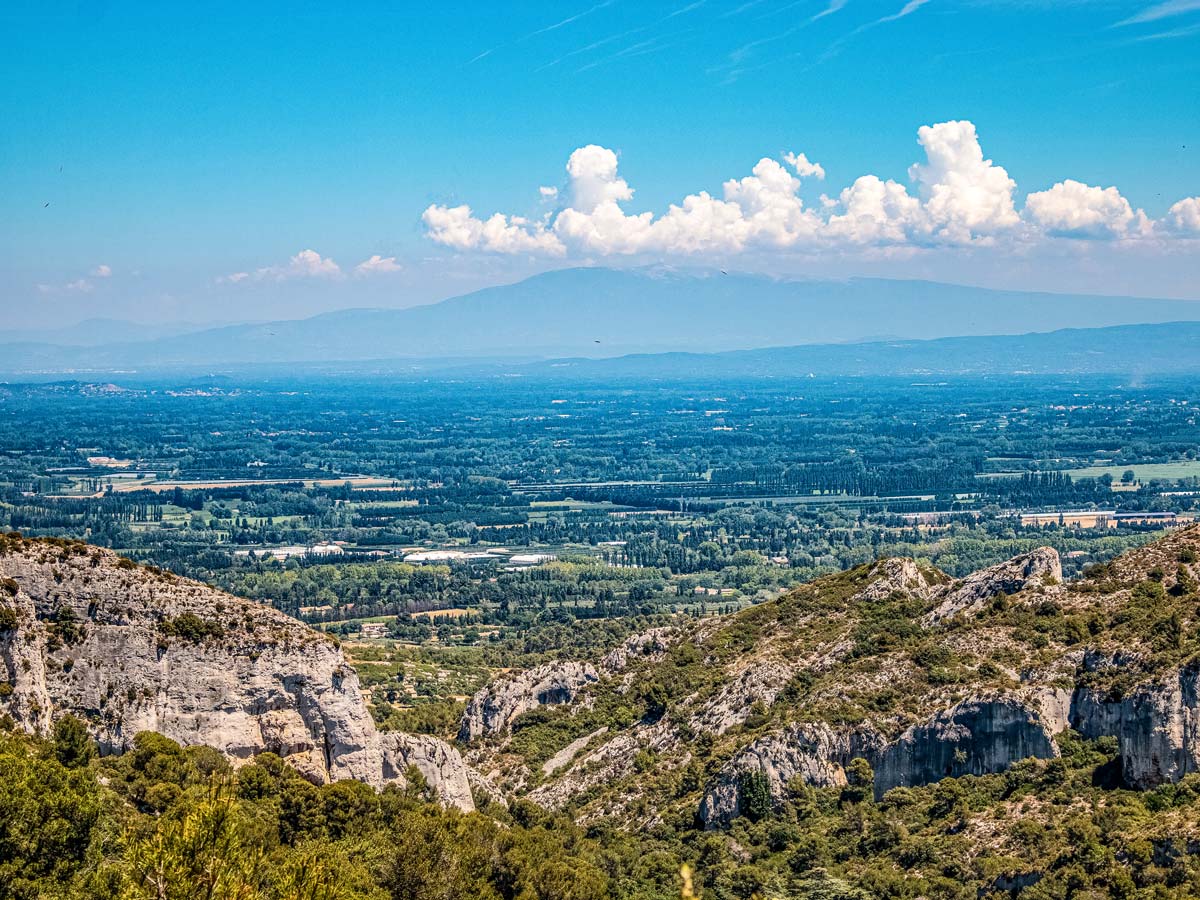 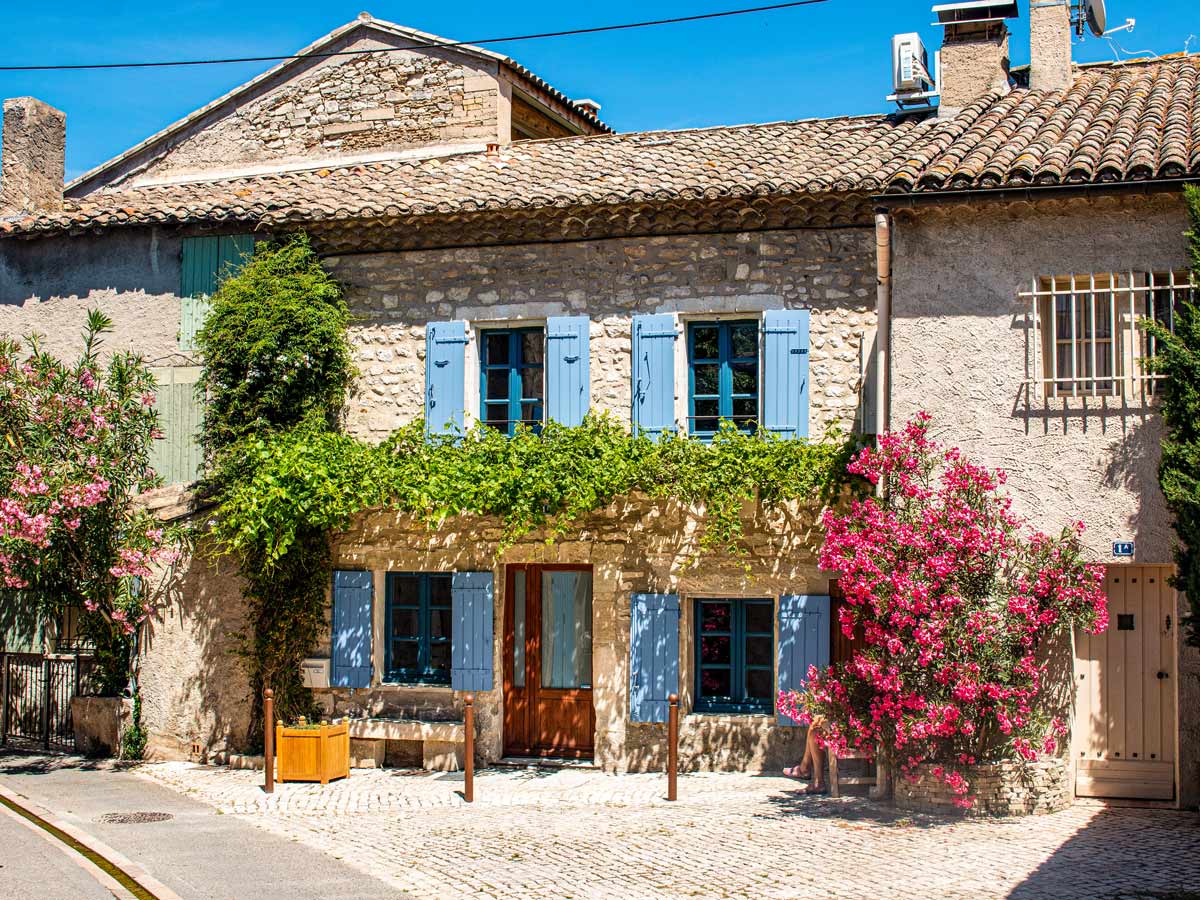 Explore one of France’s most famous regions on the 5-day Alpilles of Provence Cycling Tour. This self-guided cycling tour will introduce you to the sublime landscapes and charming villages of Provence as you ride and enjoy views of the Alpilles.

Setting out from Arles, you’ll enjoy pleasant rides through fields of lavender and poppies, whizzing past olive groves and climbing gentle vine-covered hills. On to Les-Baux-de-Provence, you’ll explore the historic village and learn about its royal roots. Feel inspired by the same sights and sounds that influenced Van Gogh during his final years when he painted some of his best works and discover the birthplace of Nostradamus as you lose yourself in Saint-Remy-de-Provence. Finally, you’ll sail triumphantly into Barbentane, where your magical cycling tour in Provence comes to an end.

Discover Provence your way, at your own pace, and in your own style! Book the 5-day Alpilles of Provence Cycling Tour and discover the beauty of southeastern France.

Highlights of the Alpilles of Provence Cycling Tour

Discover a land brimming with beauty as you pedal fields of lavender, rolling vineyards, and orchards bursting with fruit.
Ride from Arles to Barbentane, taking in stunning churches, enchanting castles, and storybook villages along the way.
Delight in the wines and produce of Cotes du Rhone and greater Provence, enjoying spectacular dining during the tour.
Soak up French culture with overnight stays in Arles, Les Baux-de-Provence, Saint-Rémy-de-Provence, and Barbentane.

We rate this tour a 2/5. You should be comfortable riding up to 30km in a day with the help of your hybrid or e-bike. The terrain is mostly flat and sometimes gently undulating.

Your tour begins in the historic town of Arles, which dates to 7th century BC and was once a major Gallo-Roman city. Make your way to your hotel and then set out to visit the city’s famous arena and Roman Theatre, the perfect introduction to this ancient world. Later, stroll the canal to admire the reconstructed Van Gogh Bridge before returning to your hotel in the old center of Arles for a good night's rest.
Overnight Location: Hotel in Arles
Distance: None
Meals: None

Your first day of cycling will take you from Arles to Les-Baux-de-Provence, a delightful village steeped in royal history and home to impressive, fortified ruins. The short ride today will allow you time to explore the village museums. The Olive Museum and the History Museum are both must-sees!
Overnight Location: Hotel in Les-Baux-de-Provence
Distance: 23km, 481m of ascent, 307m of descent
Meals: Breakfast, dinner

From Les-Baux-de-Provence you'll make your way back to Maussane cruising a back road, where views of the Alpilles will take your breath away. Press on to Saint-Rémy-de-Provence, an enchanting town made famous by Vincent Van Gogh's time spent here.

One year before his passing, Vincent Van Gogh found himself locked up in an asylum in this very town, and several other artists have flocked to the area, including Picasso and Matisse. Explore remarkable Saint-Remy here, including the home where Nostradamus was born.

There are no shortages of things to do and see in Les-Baux-de-Provence. Soak up your time, as it's sure to be a highlight!
Overnight Location: Hotel in Saint-Rémy-de-Provence
Distance: 28km, 483m of ascent, 348m of descent
Meals: Breakfast, dinner

Your route today will be flanked by century-old olive groves and blooming fruit trees. Passing through the small village of Eyragues, you’ll marvel at its 18th-century clock tower and fortified, Romanesque-style Saint Maxime church from the 11th and 12th centuries.

Following breakfast, your cycling tour of Provence will come to an end. Transfer to Avignon train station to depart.
Overnight Location: None
Distance: None
Meals: Breakfast

This self-guided cycling tour is run as a custom tour for your group and the price depends on the room type you choose.

The best time to travel to Provence for this tour is during spring (March to May) and during fall (September to October) when weather is moderate and crowds are lighter.

Have your own private tour with just your group! Prices below are per person:

Accommodation on the Alpilles of Provence Cycling Tour

This tour is based in hotels. Hotels on this trip are 2-star and 3-star and offer basic conveniences that can make this trip more pleasant.

Single Rooms and Solo Travellers
Rooms are double occupancy. If you are a solo traveller or desire a single room, the required supplements are included in the listed prices.

This hotel is a 12th-century building remarkably restored whilst retaining its original charm.

Characterized by a romantic ambience and tranquil setting, this hotel and accompanying restaurant will quickly become one of your favourites in this region.

This is a charming hotel that brings the best of Saint-Remy-de-Provence right to your doorstep.

Nestled in the heart of Provence, this serene hotel surrounded by rolling green hills will have you feeling the provencal soul.

What’s Included in the Alpilles of Provence Cycling Tour?

4 breakfasts and 3 dinners are included.

Transportation for you and your luggage are included throughout the tour. Airport transfers are not included but can be booked in advance as a supplement.

We rate this tour a 2/5. You should be comfortable riding up to 30km in a day with the help of your hybrid or e-bike. The terrain is mostly flat and sometimes gently undulating. 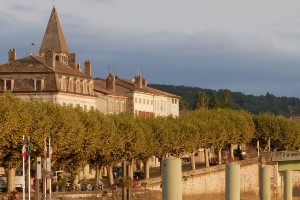 Strike the perfect balance of leisure and activity as you cycle and eat your way through south Burgundy. 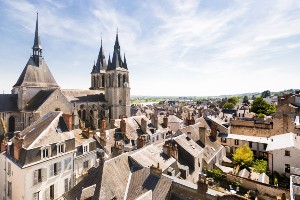 Cycle the Loire Valley to the Atlantic Coast Tour

Discover the essence of the majestic Loire Valley as you cycle its varied natural landscapes and charming villages. 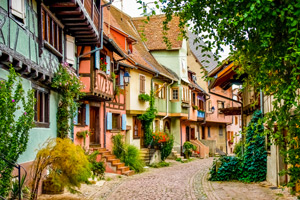 Get caught up in the romance of the Route des Vins as you pedal Alsatian wine country from Strasbourg to Colmar.