We took the new Arc’teryx Beta AR jacket into the depths of tough autumn weather in the Rocky Mountains to see how it would perform. Over the course of a month, we subjected it to backpacking, camping and hiking in conditions that ranged from good to atrocious. The Beta AR kept us dry and happy on even the worst days. 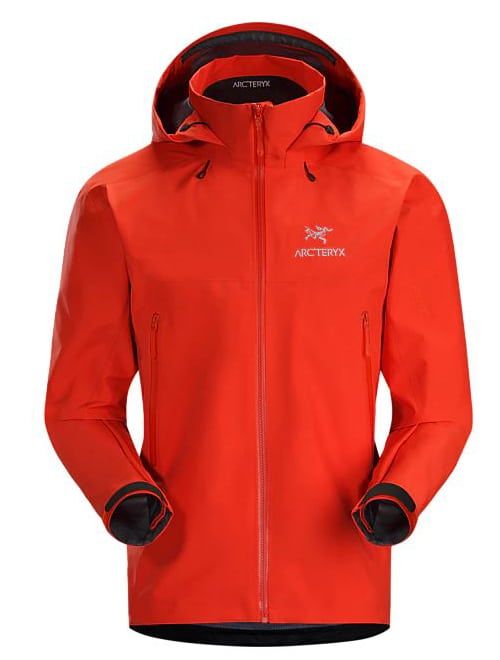 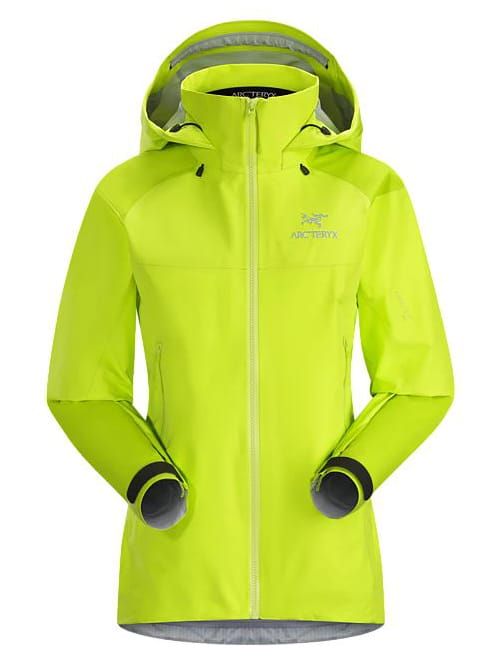 Snug in a log cabin, our gear tester realized that Arc’teryx’s Beta AR jacket had just aced the test. His cabin-mates were wet and cranky from a hike in the Rockies that had them hiking in rain, sleet and snow. He sipped his hot chocolate and smiled, enjoying being dry and warm. For 4+ hours the Beta AR had kept him dry. He didn’t tell anybody, but he had actually enjoyed being out in this terrible weather.

“I can’t wait to take this ski touring,” he told us, and we couldn’t disagree. The Beta AR is the type of jacket you can use when you want the freedom to spend more time exploring in the outdoors when the weather is bad.

Arc’teryx’s Beta AR is a great 3-season, bomb-proof Gore-Tex shell. We think it is best suited for trips from autumn to spring, where the weather is more unpredictable (and having the wrong coat can lead to some bad outcomes). There is a lot to like about this coat, and little to dislike.

Autumn through spring as an all-around alpine hard shell for bad weather. 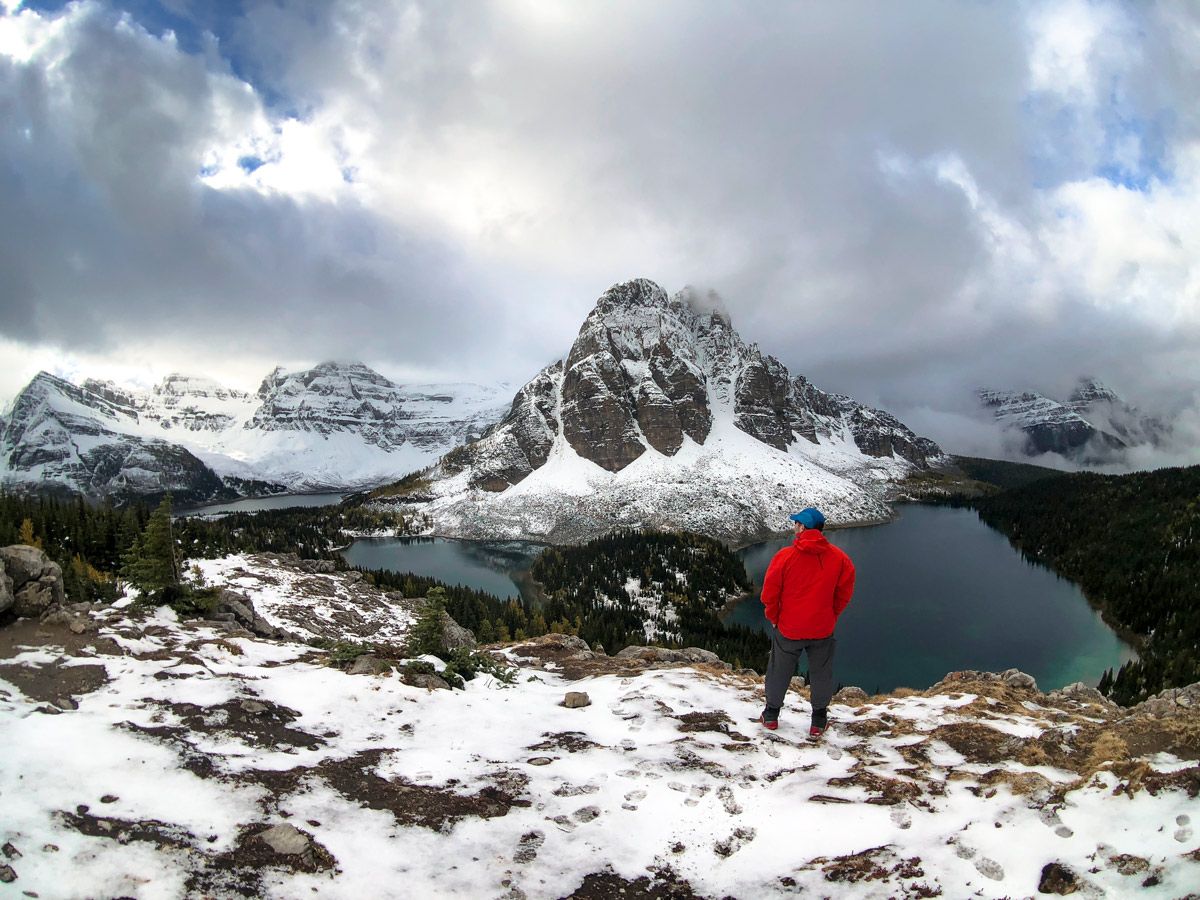 The Arc’teryx Beta AR was first released in 2000 and has been a mainstay of the brand’s outerwear line ever since. BETA is the brand’s designation for versatile pieces that perform in a variety of conditions, and AR stands for “All Round’; versatility is the name of the game with this one. Like most Arc’teryx coats, there is a specific Men’s and Women’s version of this coat.

The 2018 incarnation of the Beta AR hasn’t changed from last year (except for introducing some new colors), which means it remains a versatile, durable and high-performing hard shell.

After putting it to use throughout the late summer and autumn conditions here in the Canadian Rockies, we remain impressed with its versatility, agile and flexible fit and construction, and overall performance at protecting from the elements.

To see just how well it performs and why we’re big fans, read on.

The Beta AR is constructed from a combination of 40D and 80D Gore-Tex Pro 3L fabric, which is Gore-Tex’s highest-end, heftiest fabric. The lighter 40D fabric is used on most of the jacket, such as the main body, while the 80D fabric serves as a reinforcement for high-use, high-wear parts of the jackets, such as the hood, the elbows, forearms and even shoulders. Overall, the jacket feels burly and well built, even if it doesn’t match the outright heftiness of other models – like Arc’teryx’s insane, top-end Alpha SV (SV stands for Severe Weather).

Gore-Tex isn’t the only waterproofing this jacket offers; the fabric is also coated with a layer of DWR to repel water as soon as it hits the jacket’s outer surface. Combine this feature with fully taped seams, Arc’teryx’s WaterTight zippers (water resistant, but not waterproof), and you have one seriously water-resistant jacket exterior. 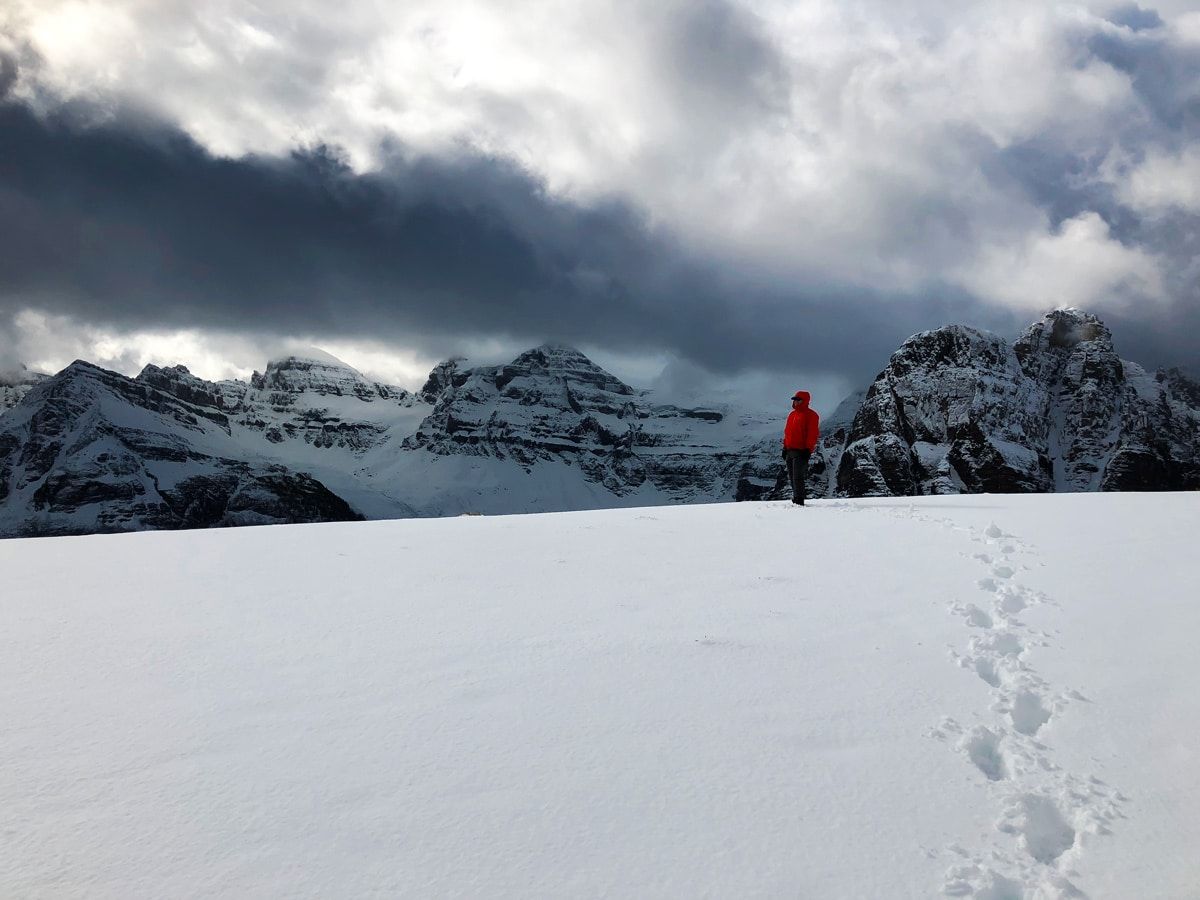 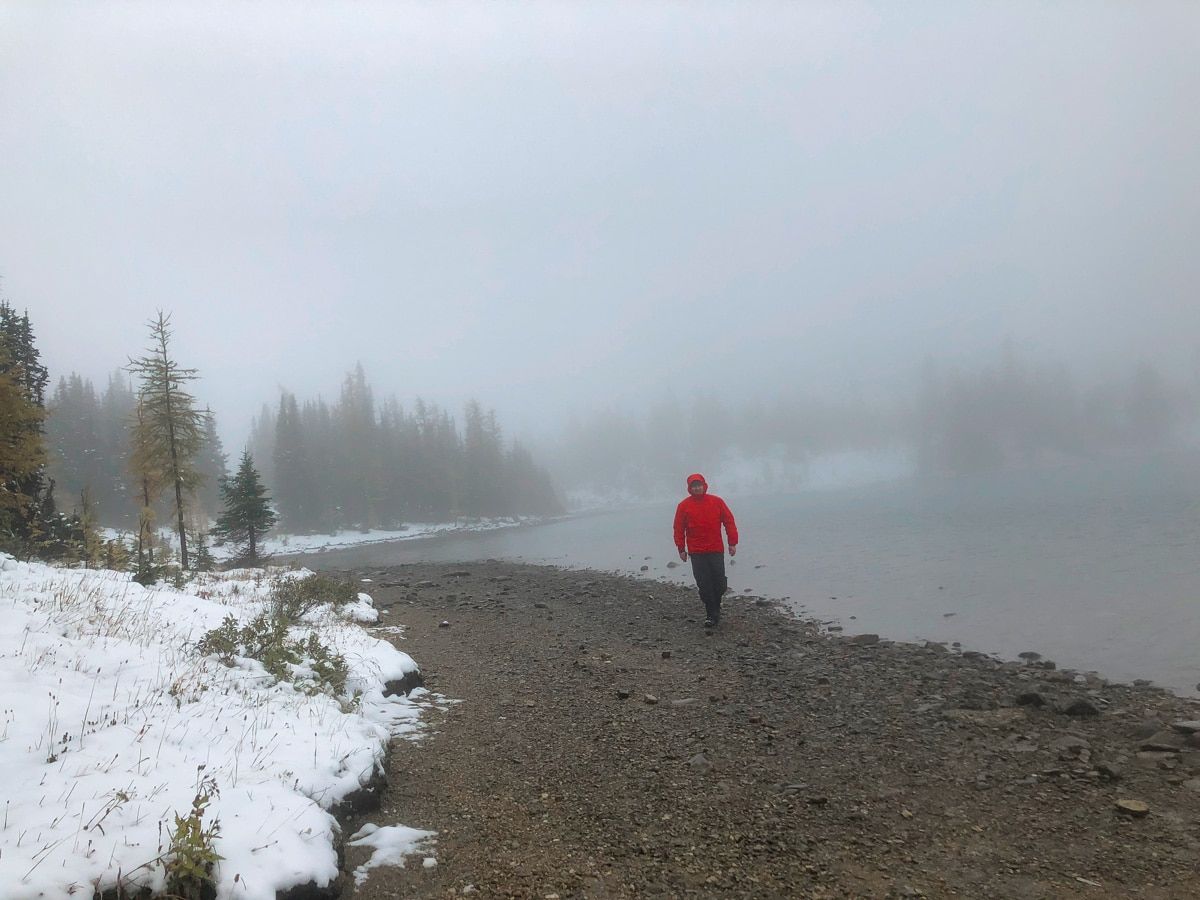 Arc’teryx is known for their sleek, athletic cut jackets, and the Beta AR is no different. It’s cut in the brand’s Regular fit, which means it’s designed to accommodate several layers underneath, such as a base layer and mid-layer (like the Atom LT). For that reason, it’s not quite as trim as most other Arc’teryx jackets and carries a little bit more bulk. We didn’t find this particularly uncomfortable or bulky, but if you’re hoping for something slim-fitting, the Beta AR isn’t it. Combine that with the stiffness of the Gore-Tex layer and you’ll feel a bit less nimble and a bit more constricted than you might be hoping for.

To keep you from feeling too restrained, however, Arc’teryx includes gusseted underarms, articulated elbows, and a waist hem that stays put to allow for increased range of motion. This jacket will not prevent you from the daily rigors of being outdoors. Whether you are peeling skins, swinging ice axes, adjusting your helmet, or just planting a pole in the deep stuff, you will not be interrupted by the Beta AR. If you’ve ever had a particularly stiff, constricted hard shell, you’ll know how much of a different this can make.

The sleeves feature Velcro cuffs to keep warmth in and snow and rain out, they also pair comfortably with gloves and mitts.

The hood is quite roomy, designed to fit around helmets and goggles. It’s also stiff enough to support itself, allowing your helmet – and your head – to move around freely inside. A cinch on the back lets you tighten it down or loosen it – whichever you find more comfortable.

Another cool feature we like on the Beta AR is the collar, which is separate from the hood. By designing it this way, Arc’teryx lets it provide full coverage all the way around your neck, and create a sort of seal that locks cold air and rain out, and warmth in. This collar is a lifesaver on gusty mountainsides, and when rain starts blowing sideways.

Design is important, but the real measure of the Beta AR’s worth is how well it performs when the weather turns ugly. That’s where the jacket shines. The multiple layers of Gore-Tex paired with DWR make for a dry setup in virtually any weather. Light rain and moisture just bead up and roll right off, and it can handle quite a bit of downpour and snow without wetting out.

If you’re going to be caught out in a storm (and in the backcountry, you inevitably will), you won’t regret having this jacket in your pack to throw on. Weather protection doesn’t really get any better. 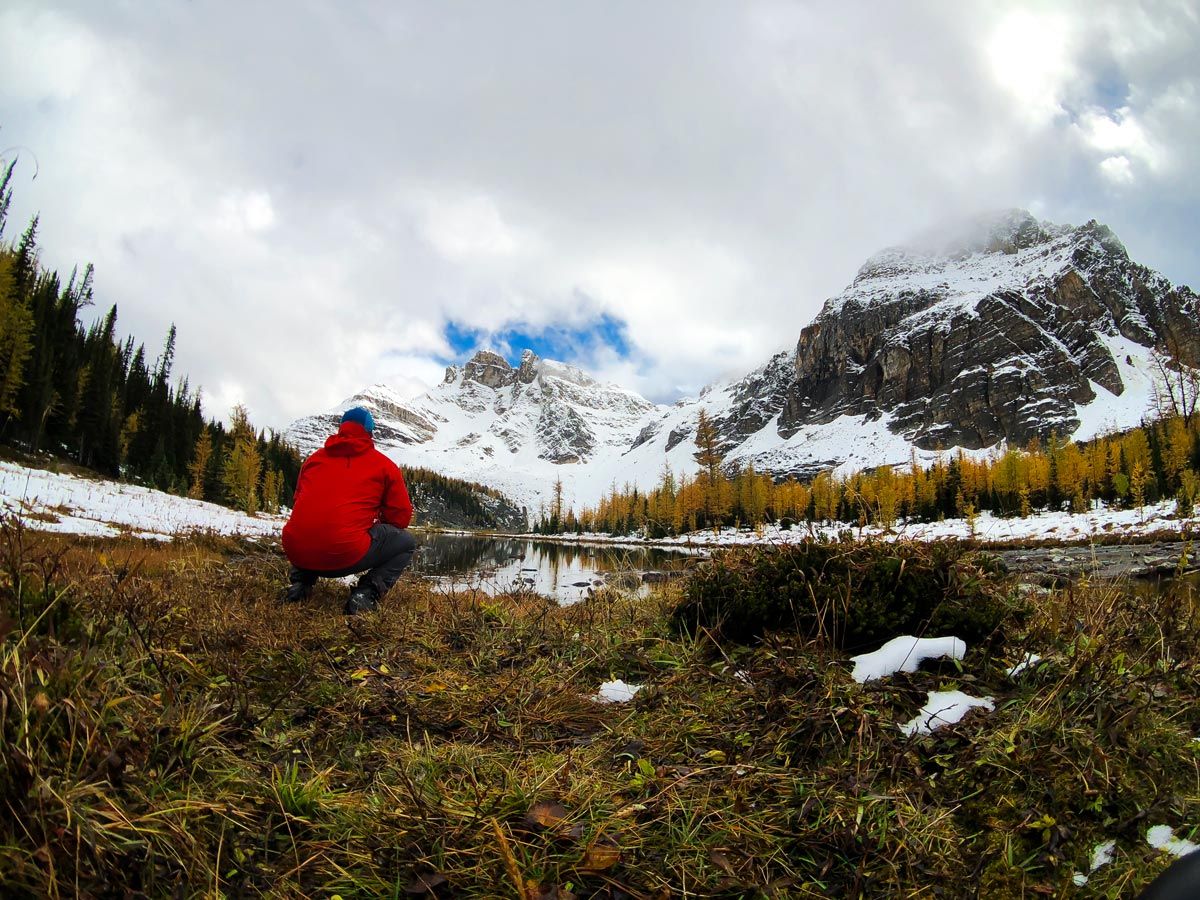 Just How Breathable Is The Beta Ar?

Just as Gore-Tex boots are never quite as breathable as light hikers, a hard shell like the Beta AR will never offer the same kind of breathability as a softshell or mid-layer. Still, being able to move and exert some energy without immediately breaking sweat is vital, and the Beta AR performs well, thanks to the Gore-Tex fabric and large pit-zips.

Compared to thinner rain jackets, the Beta AR is slightly hotter. Compared to hard shells of similar price and construction, it’s par for the course. And when it does get too hot, there’s always ventilation – and Arc’teryx does a good job with this. On the Beta AR, Arc’teryx included especially large pit zips that open up wide to let out massive amounts of heat, quickly. It might be nice to have some additional chest vents, or even mesh pockets, to allow it to dump heat more efficiently.

Packability. Can You Stash It?

There’s something to be said for using weight efficiently, and the Beta’s performance in cold, wet weather definitely outweighs trying to cut a few grams from the jacket here and there. It also packs down into its own hood, and you can cinch it tight with the hood cinch into a package about the size of an extra-large water bottle.

If you’re a gram-counter, you might opt for something that is shorter for light and fast pursuits. But for longer trips and those where you need to be prepared for bad weather, we find the weight and packable size fitting.

It’s hard to go wrong with this coat. The real question will be is this too much coat for you? If you’re active in the mountains from autumn through spring, then this could be the one shell that you can use all the time.