The 7 Most Dangerous Roads To Cycle In The World 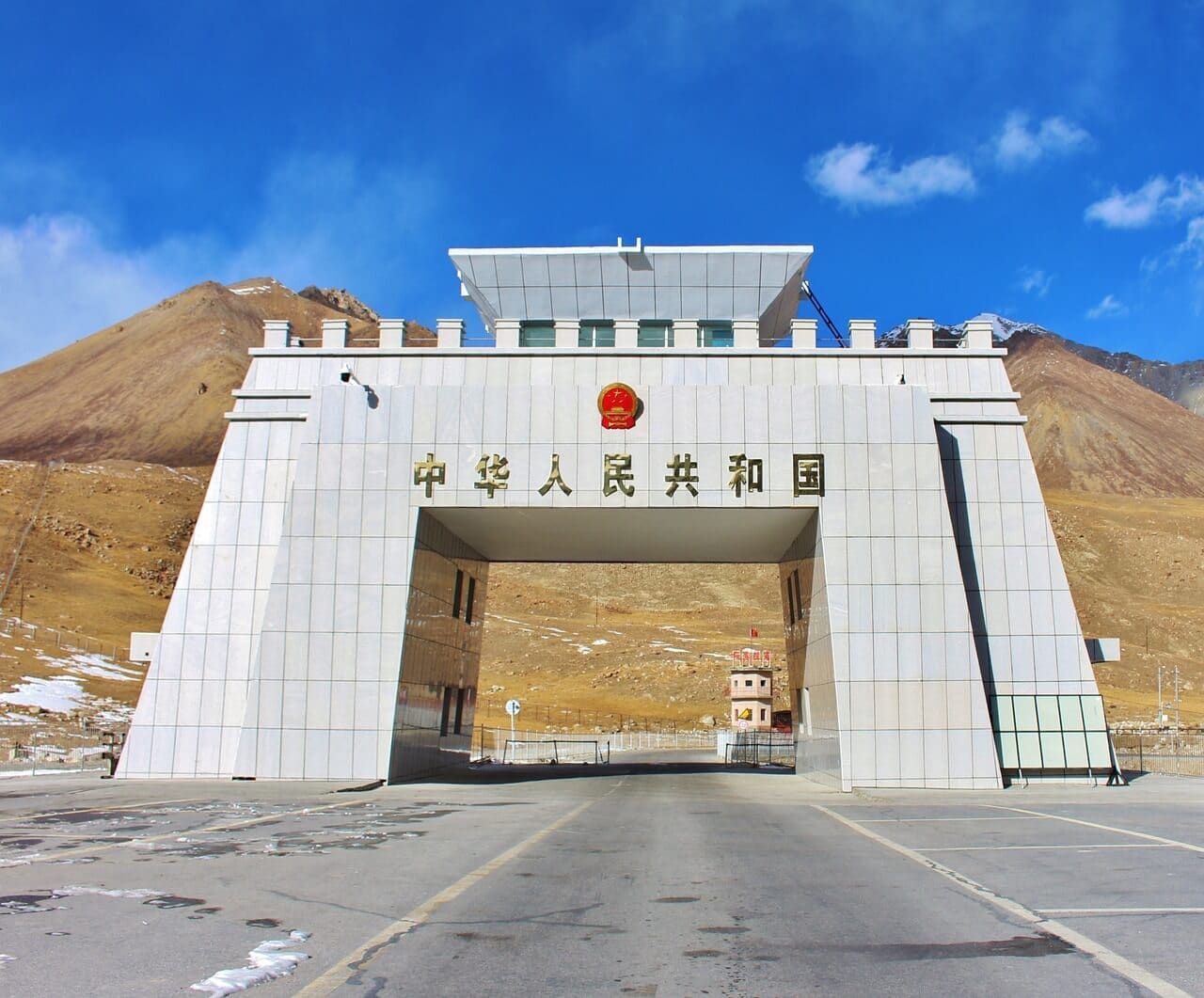 The Karakoram Highway is the highest paved road in the road, reaching up to 15,000 feet above sea level and taking you through three of the highest mountain ranges on earth. As the road is paved and fairly level, it makes for the perfect travelling route.

The route that takes you from Pakistan to China along the ancient Silk Road is popular amongst tourists looking for the ultimate adventure, but it is not for the faint-hearted. This 1,300 km stretch of road is often victim to landslides, flooding, avalanches and falling rocks. That’s if the altitude sickness doesn’t get you!

If you decide to tackle the highway, the best way to explore it is with an organized tour. If you want to try and cycle it independently there are a few things you must consider. Firstly, the weather - the road is impassable during the winter months of November to March, making it impossible to cycle. Pick a month when the weather will be dry and warm to ensure your journey goes as smoothly as possible. 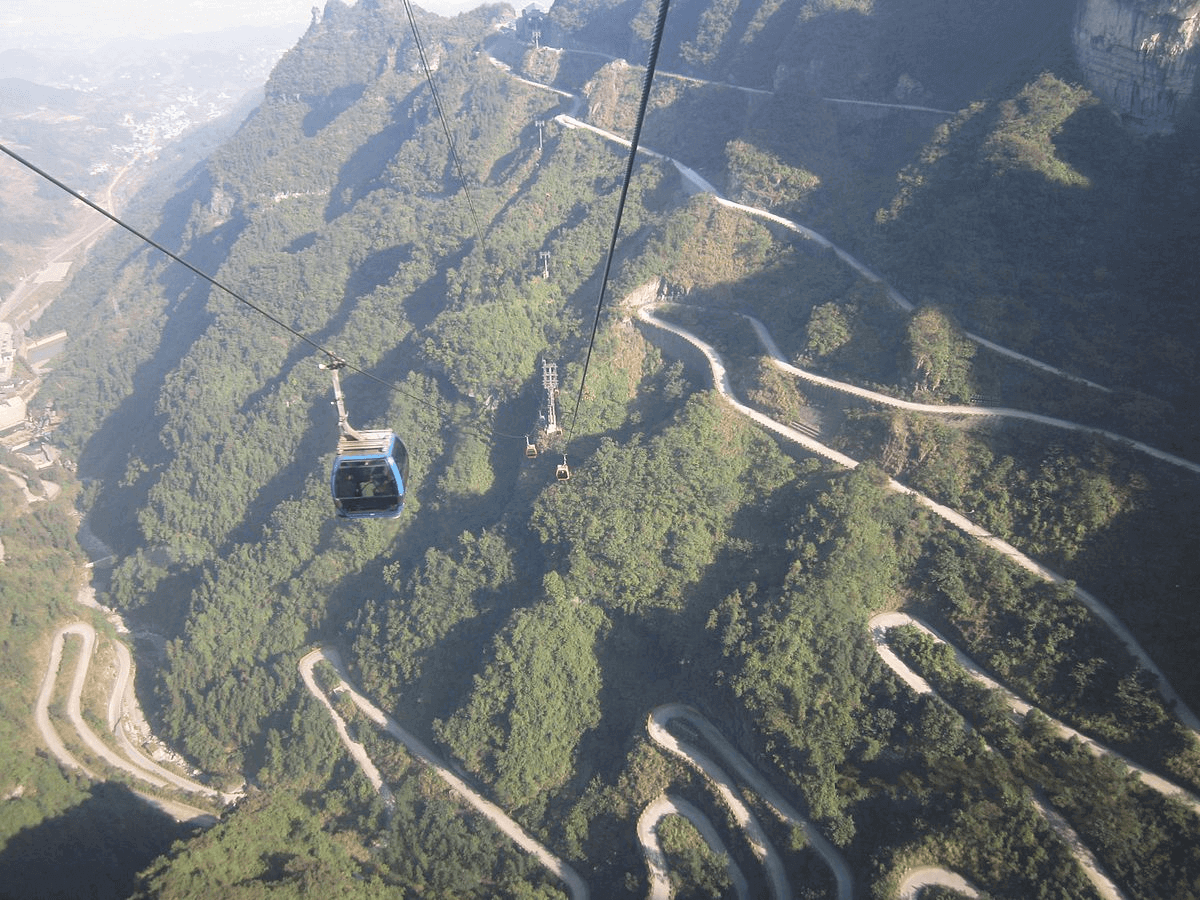 The Tianmen Winding Mountain Road has 99 hairpin bends that symbolize the nine steps to heaven. This narrow road climbs the 1.3m above sea level, taking you to the top of the mountain where you can walk the 999 steps to visit Heaven’s Gate, an ancient Buddhist temple. Expect sheer cliff drops and dramatic scenery that is not for those scared of heights!

The journey up will be long, so be sure that you are fit and well rested in preparation. However, once you have reached the top the views will definitely be worth the tiring journey - and the cycle down will be much easier! Just be sure to control your speed around the tight downhill corners. 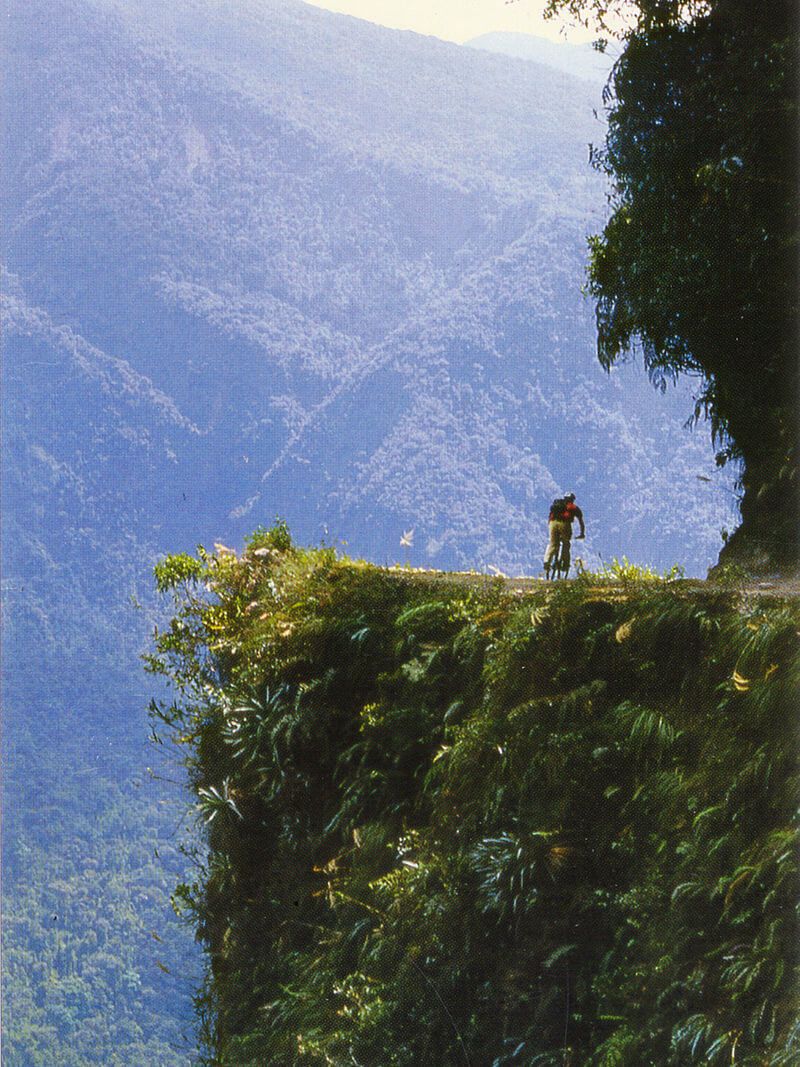 This road is one of the most famous dangerous roads in the world and has fast become a tourist attraction in Bolivia for those seeking to flirt with danger. The road is no longer the main route from Coroico to La Paz after the Bolivian government decided to build a safe road nearby which opened in 2009. But many locals and tourists still use it, regardless of the danger involved.

Up until the new road opened, around 300 people were killed on this road every single year after plummeting off the 15,000 ft drop. Nowadays casualties are often tourists who go on cycle tours of the road and lose control. It’s thought that more than a dozen have lost their lives in the past decade.If you do decide to take this route, make sure you keep your speed low and pay extra attention when going around corners and passing by steep drops - that extra bit of speed just isn’t worth the risk here. 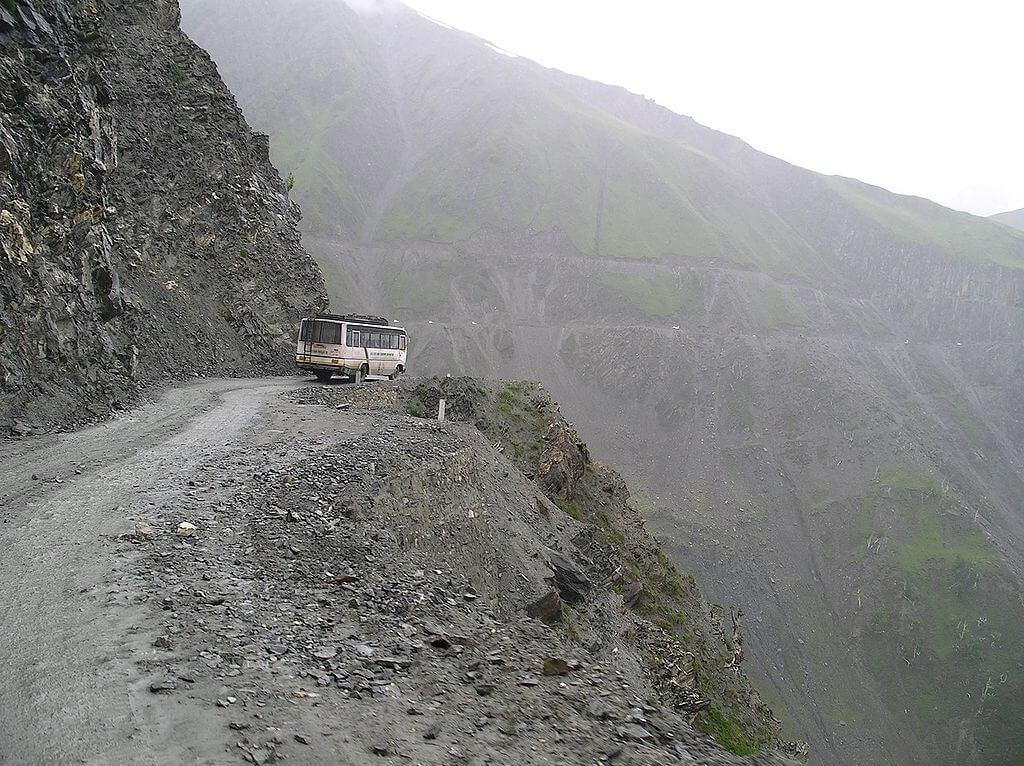 This road winds through the Himalayan Mountains, zig-zagging for 9km through the mountainside at altitudes of more than 11,000 feet. Expect extreme weather changes and forget about guard rails - this route is unpaved, narrow and susceptible to landslides. Closed during winter due to snowfall, the road is only passable in summer and spring when the snow has melted, so don’t even attempt to go through here with your path over winter.

This is known as the most dangerous passes in the Himalayas, with impromptu storms and rains often making the road impassable and leaving drivers stranded. There is no room for error on this road as its rural location means that if the worst were to happen, it would be hard accessing help if you find yourself in trouble. If you do choose to cycle this route, be sure to pack a bag with emergency equipment should you happen to get stranded or stuck in a storm, and never travel here alone. 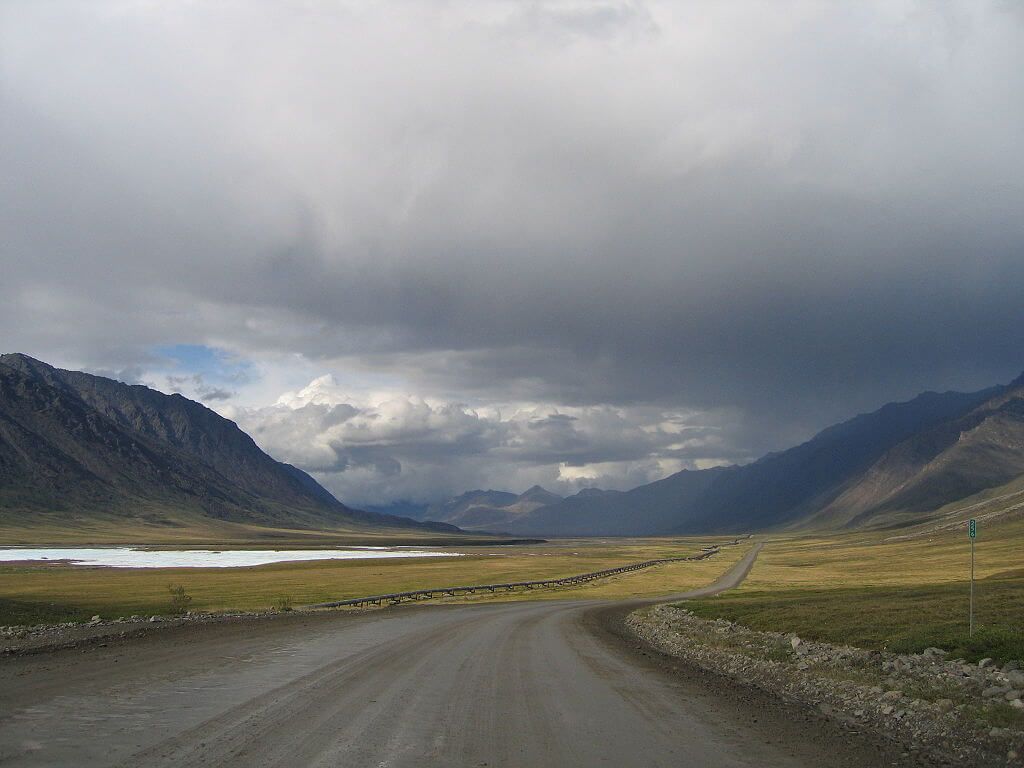 Any fan of Ice Road Truckers will be aware of this infamous highway. The James Dalton Highway in Alaska is mostly frequented by truckers travelling to and from Prudhoe Bay but was opened to tourists in the 1990s. The extreme weather conditions mean that if you run into trouble on this highway you need to make sure you are prepared and have plenty of supplies for getting through the cold temperatures, with the coldest ever recorded in the area being -62 degrees Celsius. For this reason, this road isn’t recommended as a cycling route. Should you choose to take on the challenge, be sure to pack a tent and sleeping bag in case you get caught in the extreme cold weather.

The road is only partially paved, so this is also something cyclers need to be wary of, as well as poor visibility and frequent wildlife - again, this is much more important for cyclers to pay attention to as they are much more vulnerable. To keep down fatality rates on the highway, the local police force patrol with a helicopter twice a day looking out for broken down vehicles and anyone in need of assistance.

Route BR-116 (also known as the highway of death), Brazil Commonly known as the highway of death, Route BR-116 in Brazil runs from the north of the country to the south, covering over 4,000kms. The road is poorly looked after, and thousands are reported to die here every year, but there is a greater threat here than the road itself.

The highway connects 15 cities in Brazil from north to south - because of this, it takes you through some of Brazil’s most dangerous areas controlled by gangs and bandits. These areas are rife with crime and kidnapping is common. This is the only road we have featured on our list, where the danger is not from the terrain or the road conditions but the people you might encounter on the way. Be extra wary travelling this route by bike, as you will be much more exposed to any potential threats. Travel in groups and do not stop in any areas without plenty of other tourists or locals. If you see anyone that seems suspicious, keep to yourself and move on as quickly as possible. You could also take a personal safety alarm with you, just in case. This road is so dangerous that rental cars are not allowed to drive on it and if you do your insurance won’t be honoured - for this reason, this route has become popular for cyclists. This road is now mostly frequented by adventure tourists wanting to experience the defying drops for themselves. The road was originally used during the gold rush and was completed in 1890. It remains unpaved and has no guardrails to protect you from the sheer drops, and still costs hundreds of people their lives every year.

Nowadays, most tourists visit it through a designated tour. If you choose to cycle it, be aware that the road is too narrow for two cars to pass side by side, so stick closely to your side of the road and keep away from the sheer drops.

The spectacular scenery of this road has been used in many films from Mission Impossible to Lord of the Rings. But it is not for anyone with a fear of heights!

Written by Sarah McCann, Blog Editor and travel lover at My Baggage, the luggage shipping specialists.