We brought one of our contributors, Zac Heiliger (@zac_heiliger), up to Canada to cycle one of the most beautiful mountain roads on earth: from Jasper to Banff via Lake Louise. We teamed up with a friend of 10Adventures, Mountain Madness Tours in Edmonton, to make this bucket-list bike trip a breeze!

If there was a highlight of the trip, it would have been on day 3, one of the most memorable rides of my life. Day 3 is a combination of perfect weather and the glacier fed lakes right off the road, it is truly spectacular. The excitement level starts to increase as you ride alongside the beautiful Waterfowl Lake. 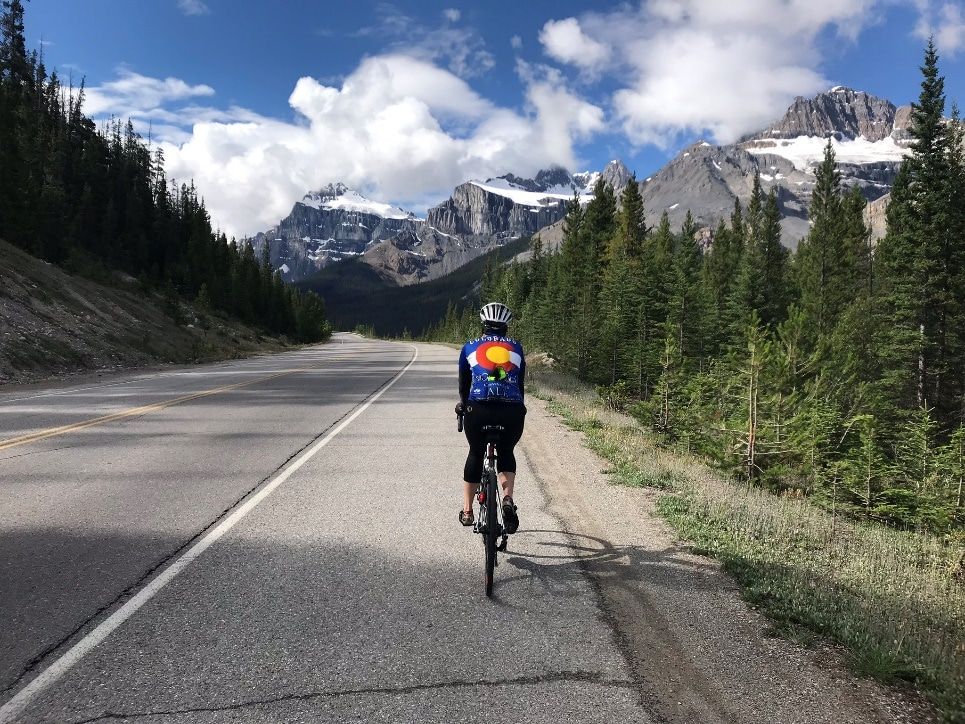 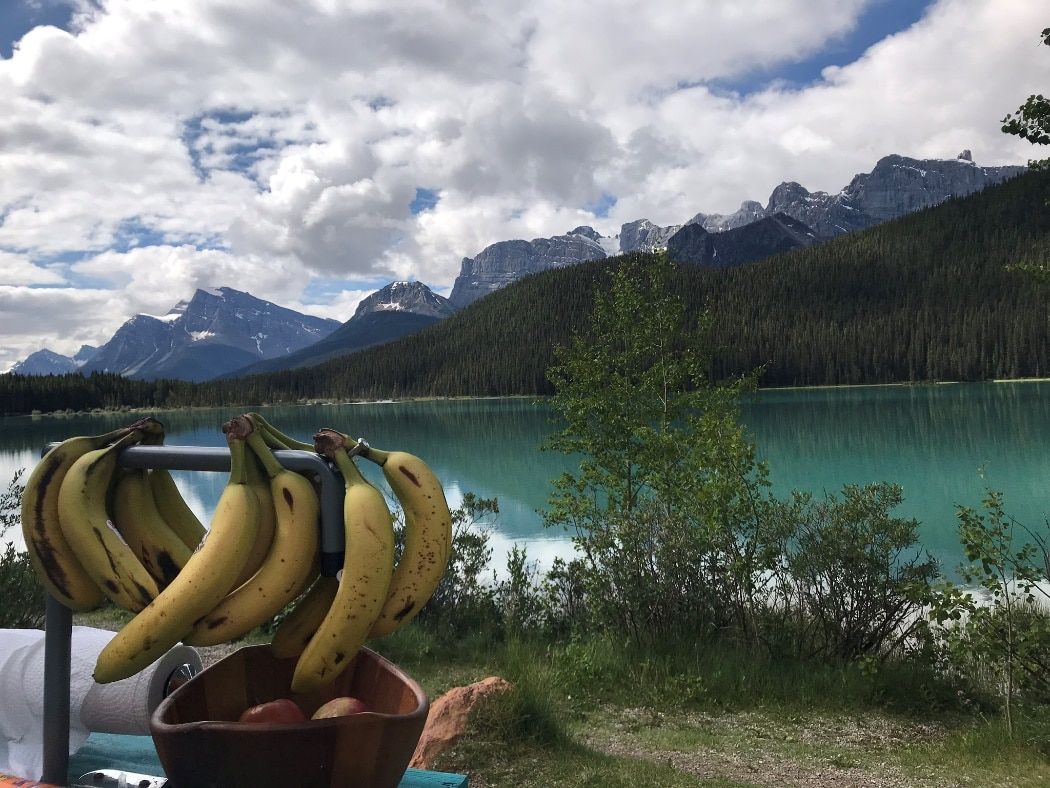 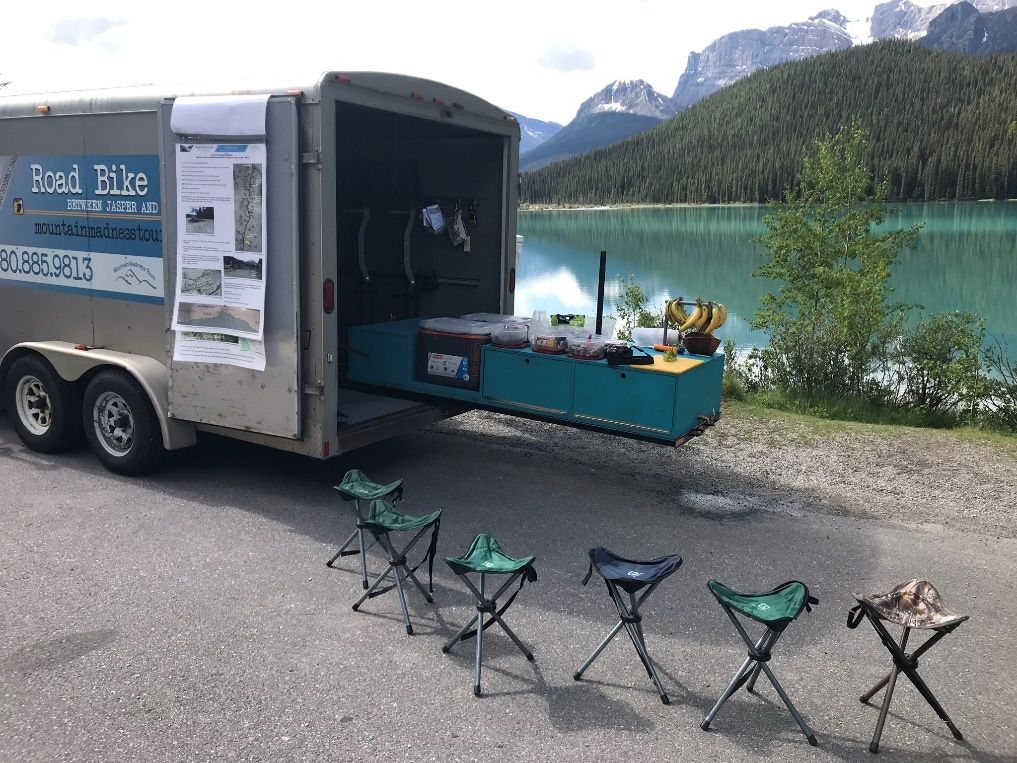 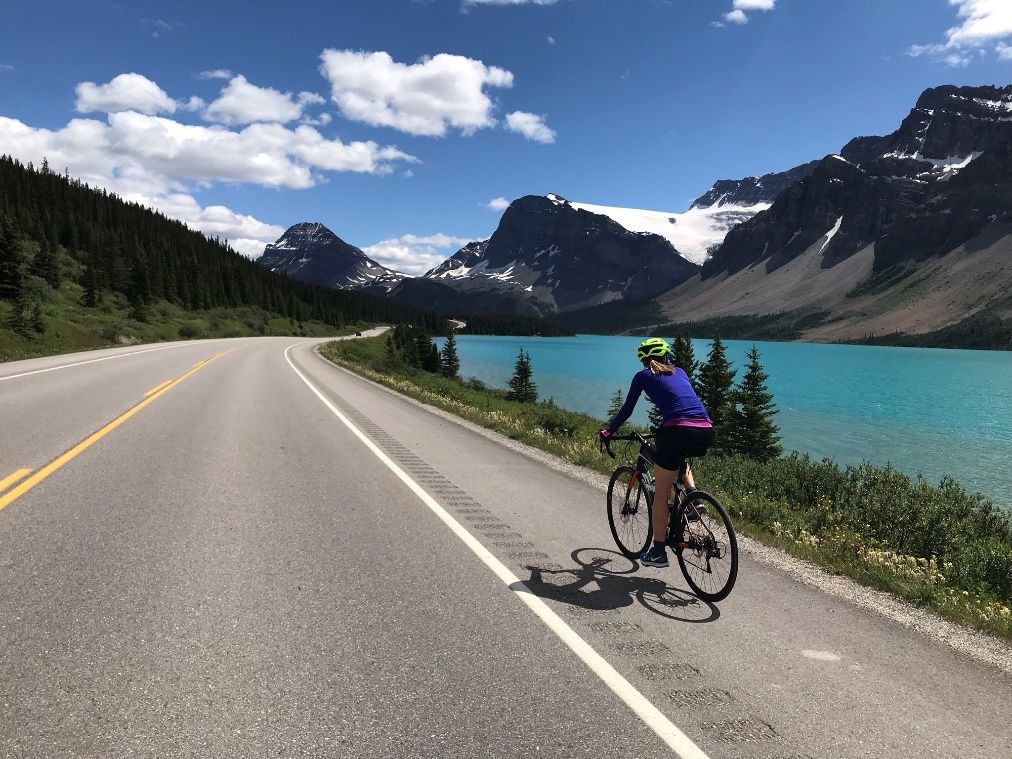 There was one notable ‘bump’ that snuck in at the beginning of the day over Bow Pass. With a combination of conquering the steep 8% climb of Sunwapta Pass the day before and having legs that had been put to the test beyond what they are normally asked to perform, made this ‘bump’ an unexpected test of physical ability.

But while the climb was hard at 4-6% grade, it wasn’t unclimbable; the views, were spectacular enough to distract you away from the climb. At the top of the Bow Summit, relieved that the climbing was over, we took a quick ‘leg stretcher’ hike to Peyto Lake! 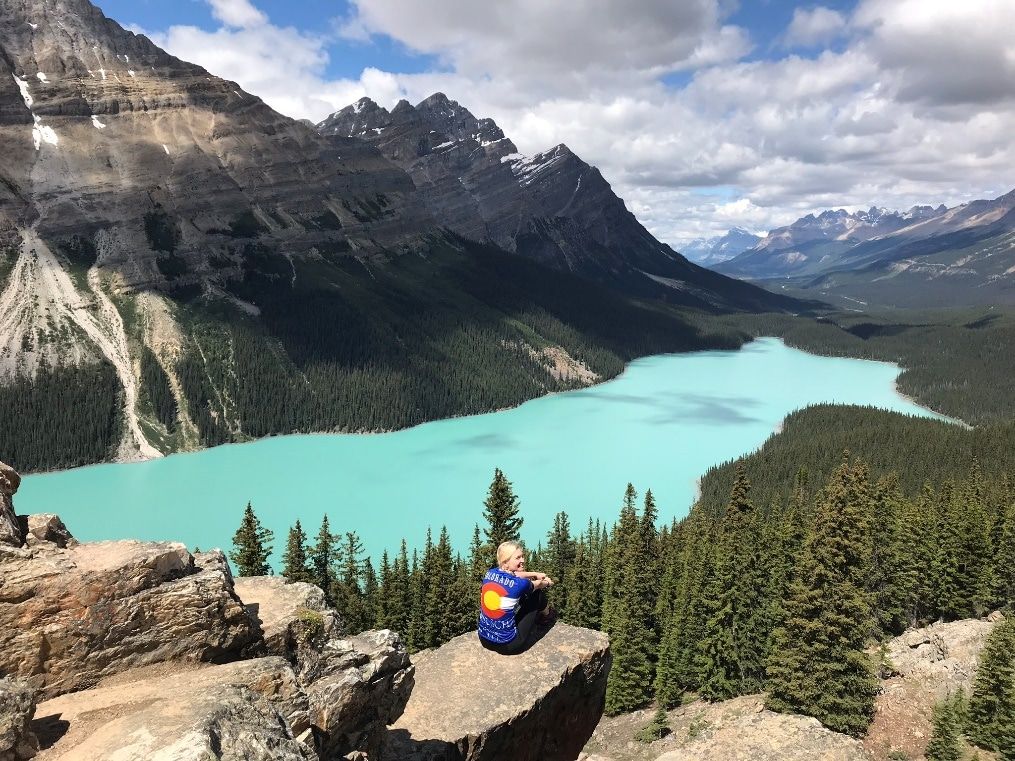 After taking a million pictures each, we were back on our bikes for a quick downhill section to our lunch stop at Bow Lake. We grabbed sandwiches from the Num-Ti-Jah Lodge and enjoyed them at a picnic table overlooking the jaw-dropping blue waters of Bow Lake. 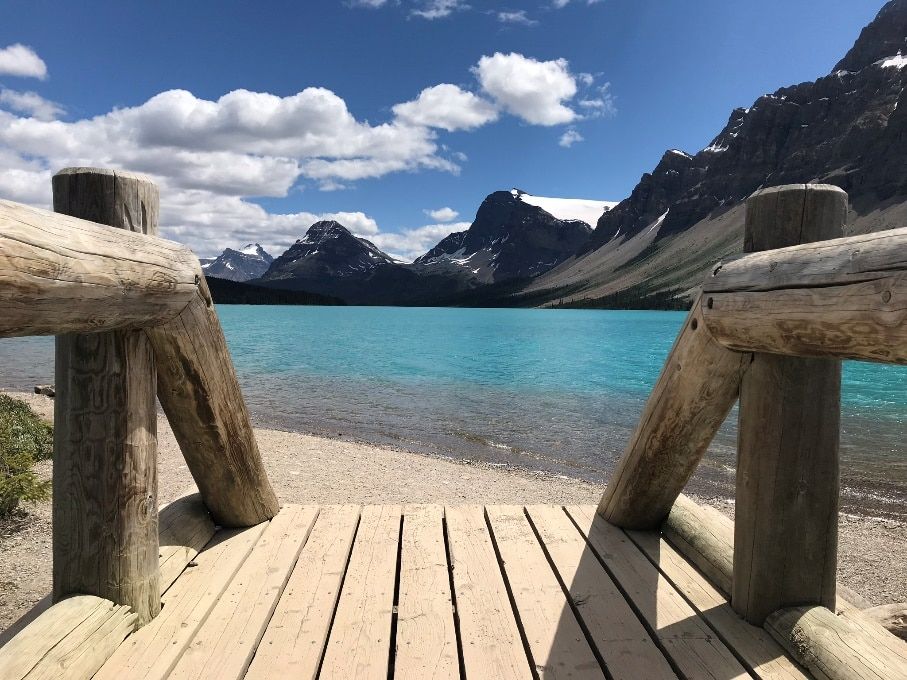 After lunch, the ride gradually descends to the town of Lake Louise. Dinner that night was at the Lake Louise Railway Station & Restaurant which was an old railway station that was converted to a restaurant that served Canadian meals. The menu was impressive, including everything from bison ribs, stuffed chicken to pulled pork mac-n-cheese! After dinner, Ben took the group on a scenic tour of the area with the van up to Lake Louise and Moraine Lake, truly incredible places to see. The best part of seeing them later in the day is that the crowds are much lower, and it felt like we had these beautiful places to ourselves!