When Should You Hike The Walker’s Haute Route to Zermatt

Walk from France’s soaring Mont Blanc to Switzerland’s towering Matterhorn, two tremendous peaks worth checking out at least once in your lifetime if you have the chance. To get from point A to B, you’ll have to traverse the Alps, meaning a likelihood of temperamental weather and late winters. It’s recommended to only trek this incredible 200.0 km+ route between June and September. Trekking in the snowy months usually requires a ski tour over trekking! If you’ve got 10-15 days free in the summer and want to spend it traversing the Alps, look at the following weather breakdown to find out when you should hike the Walker’s Haute Route to Zermatt.

Yes, snow still blankets the alpine scenery during most of June. Can you see why we don’t recommend hiking the Walker’s Haute Route before then? It’s best to schedule your trekking adventure for late June when there’s a chance of less snow. However, most years, snow lingers high until early July. You’ll want to bring microspikes and gaiters to prevent slippage and soakage from seeping into your clothes. If you need some more packing tips, be sure to check out our article on what to pack when trekking the Haute Route to Zermatt.

We don’t recommend hiking the trail in June due to the snowy conditions if you’re new to trekking. But if June is your only available time slot, you could look into booking the Haute Route to Zermatt Trekking Tour, which you can also do as a self-guided tour!

Most mountain huts will open up in mid-June, so make sure there’s someone around to host whenever you plan on completing this trek. 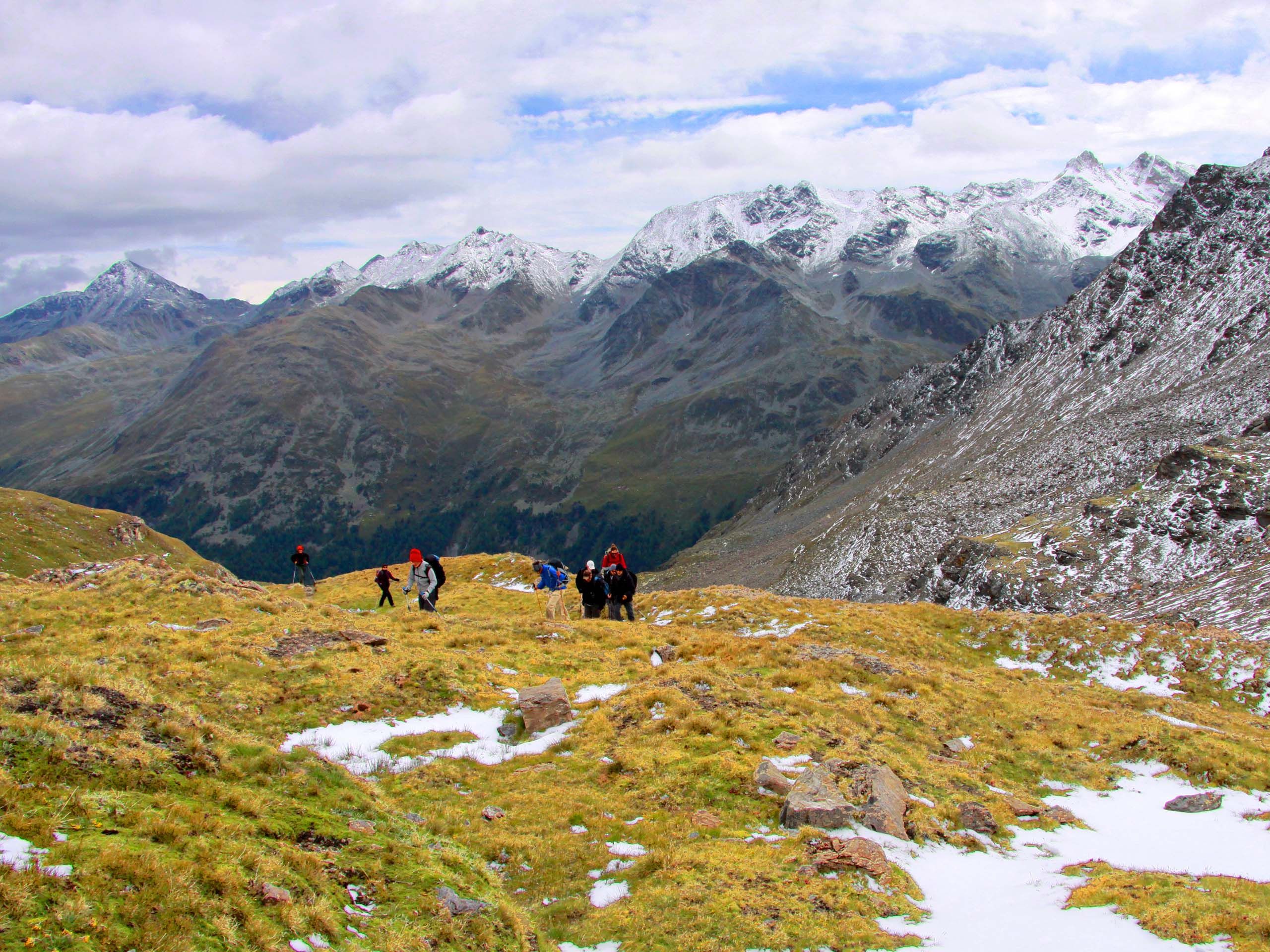 You might think you’re safe to trek from Mont Blanc to the Matterhorn in July, but things can still be tricky, especially with snow still dusting the mountain slopes. You’ll still get to revel in wildflowers painting alpine meadows despite the snow patches. On the other hand, a lingering winter might force you to navigate alternative routes as the high passes can be dangerous. Weather-wise, you might encounter some heavy rain. Come prepared with rain protection and snow protection (microspikes, gaiters).

July doesn’t reel in as many crowds as August, making this month a great time to go. If you’re scared of trudging through snow, aim to go a little later. You’ll get to bask in the wildflowers, gentle livestock roaming the land, and the shimmering glaciers and waterfalls. 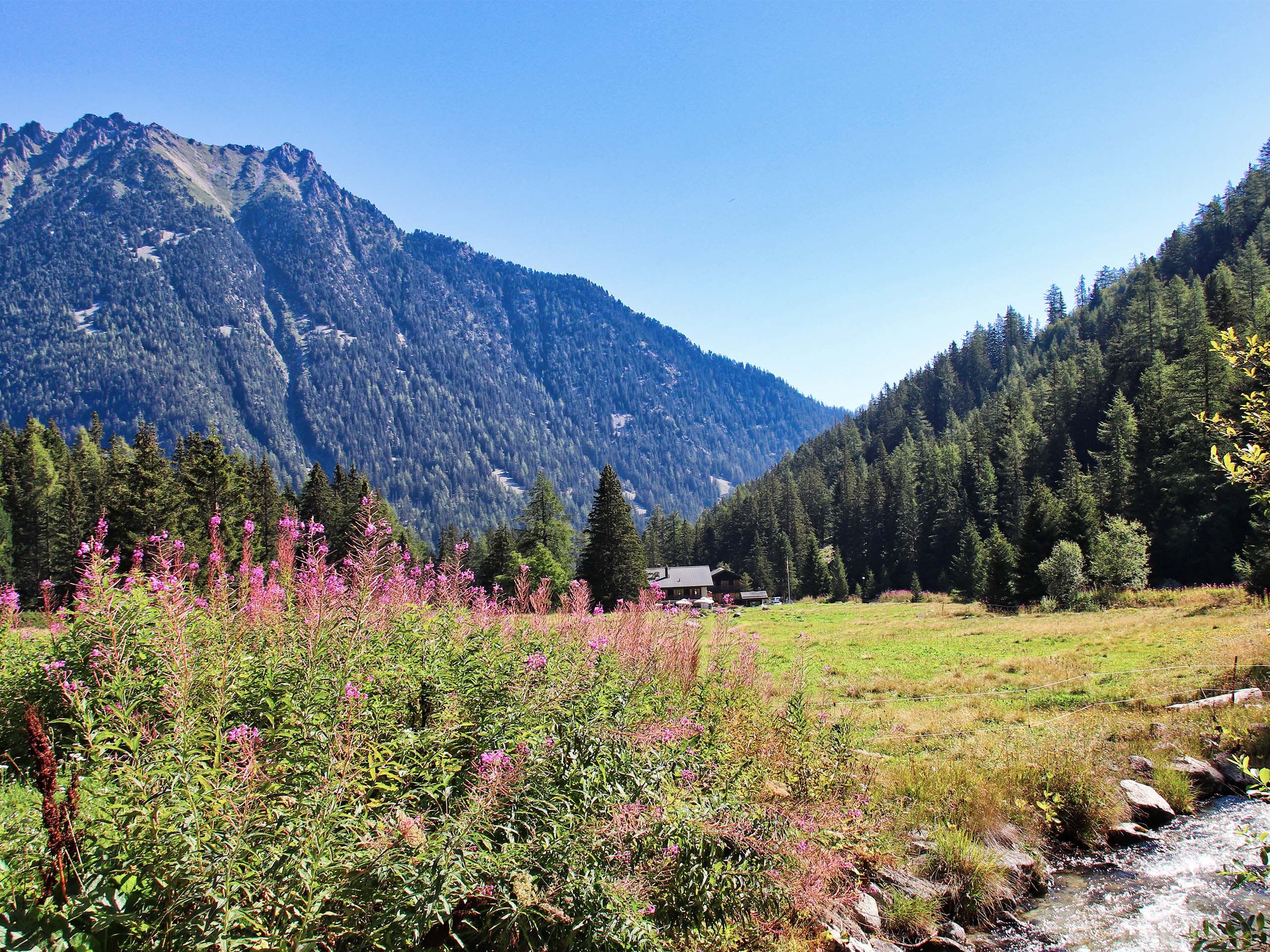 August is the most popular month to explore the Walker’s Haute Route to Zermatt, thanks to an unreal wonderland scenery punctuated by edelweiss. You’ll still experience afternoon storms, but overall, August sizzles with a more quintessential summer bliss than July. The more-than-likely lovely weather attracts daily hikers, but once you wind from the more populated areas, the trail becomes more secluded and wild. You may encounter some festivals creating a lively atmosphere in some villages en route!

If you have time in September or don't need to take your kids back to school, we recommend exploring the Walker's Haute during September. Expect a golden fairyland-type setting embroidered with autumn leaves and blond larches. It's nothing short of enchanting! The weather is relatively stable during September to add to the bliss. It might dip by a couple of degrees, but the temperature remains pleasant.

The trail suddenly takes on an eerily quiet vibe with families heading back home for the school year. It's seclusion at its finest. Although, you'll likely still encounter people here and there. On the flip side, some restaurants and other tourist stops shut down for the season at the start of September, and the wildflowers start to fade. Most mountain huts close for the season mid-month, so make sure to do your research on accommodations along the Walker's Haute Route.

Snow doesn't usually come until October or November, so it's still possible to trek the Walker's Haute Route well into autumn. However, most accommodations will be closed, so this will require some expert route planning. If you're only available during these late fall months, it might be best to look into a self-guided or guided tour! 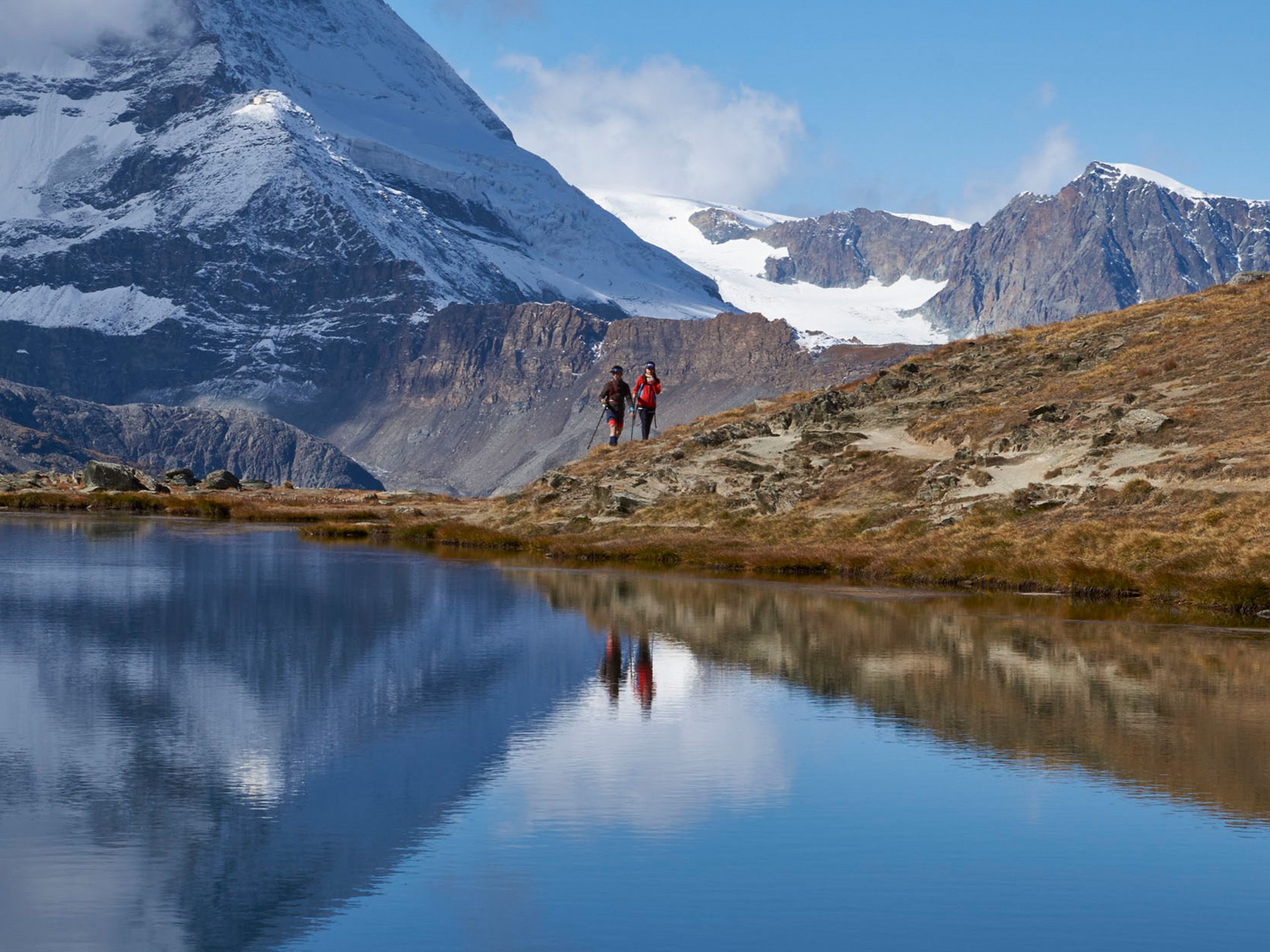 Why can’t I hike outside these months?

Unless you're into ski touring or a mountaineer, you'll want to avoid the Walker's Haute Route to Zermatt between autumn and June. The snowy conditions and avalanche risk pose a dangerous threat to anyone without experience. Plus, traversing the terrain during the winter by foot is impossible—sorry for such a dramatic word. But it's true! Then, in late spring, the warm air meshing with snow blanketing the slopes can create icy conditions, leading to potential fatalities due to the overall technicality and exposed sections along this route.

In winter, people exploring this route via skis take a higher route stretching across more glaciers than the regular route. Fun fact: the higher route was actually completed first, earning its name as the "Classic Haute Route." Follow this link for interesting facts on this iconic route that culminates in the Swiss mountain town of Zermatt.

No matter when you decide to go, it's essential to do whatever you can to prepare for your trek along the Walker's Haute Route in advance, as proper preparation will lead to an easier time on the trail and result in the adventure of a lifetime!