Are you looking to trek in Peru? While most people are drawn to the region around Cuzco, some of the best trekking on earth is in Cordillera Blanca and Cordillera Huayhuash, in Northern Peru.

Imagine yourself trekking in the Huayhuash or Cordillera Blanca. The air feels thin but clear as you trek steadily upward. You stop to catch your breath but as you look around, your surroundings take your breath away all over again. Stretching out to the horizon, in all directions, are rugged, snow-capped mountains. Looking down, you see a lush river valley and a field full of grazing llamas. Ahead, over the next mountain pass, is a turquoise lake. You are looking forward to waking up on its shores in the morning for another day of trekking in the Peruvian Andes.

Does this sound like a dream? It doesn’t have to be! Scenes like this unfold every day when you go trekking in the Cordillera Blanca or the Cordillera Huayhuash ranges in the Peruvian Andes. 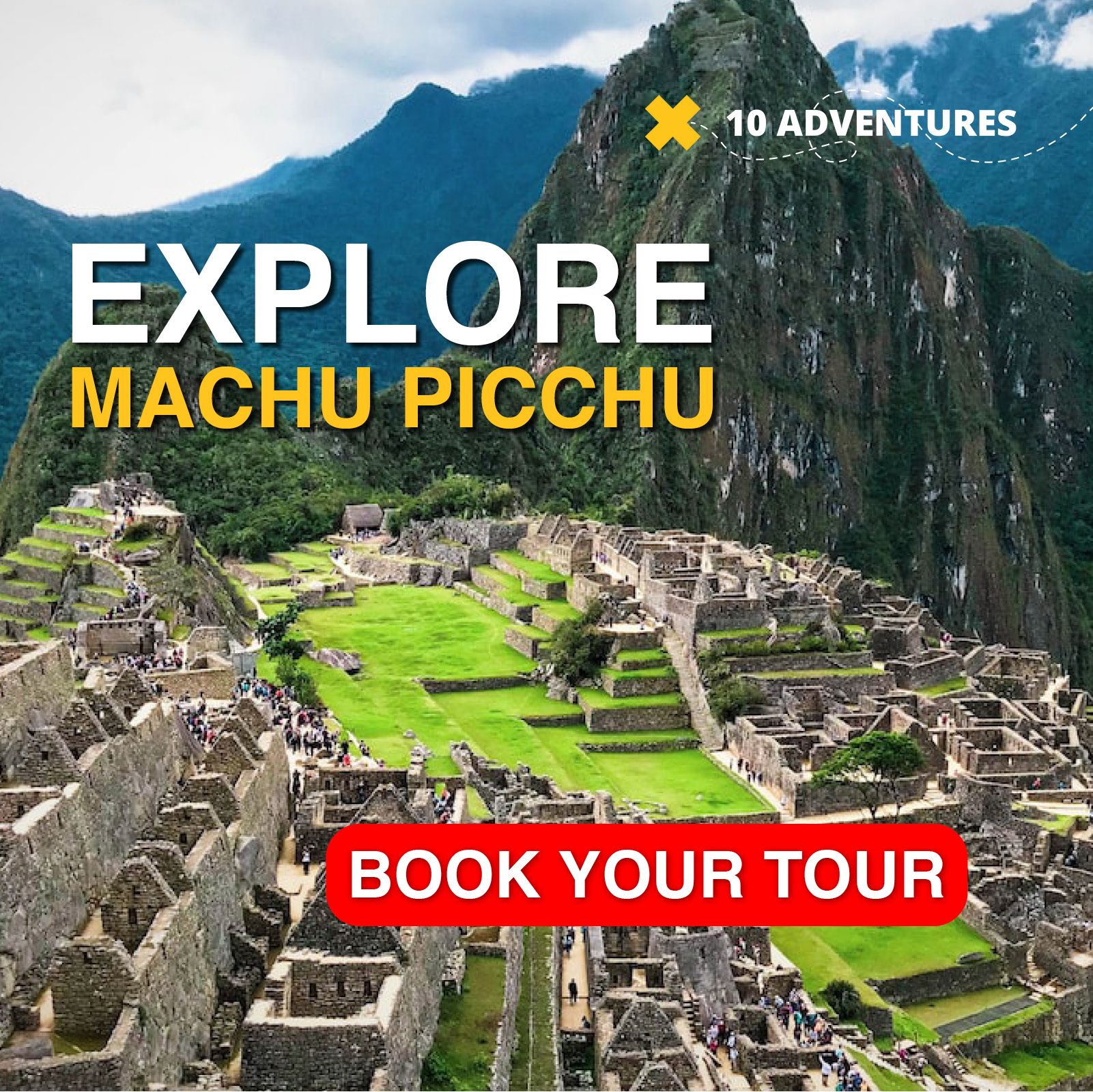 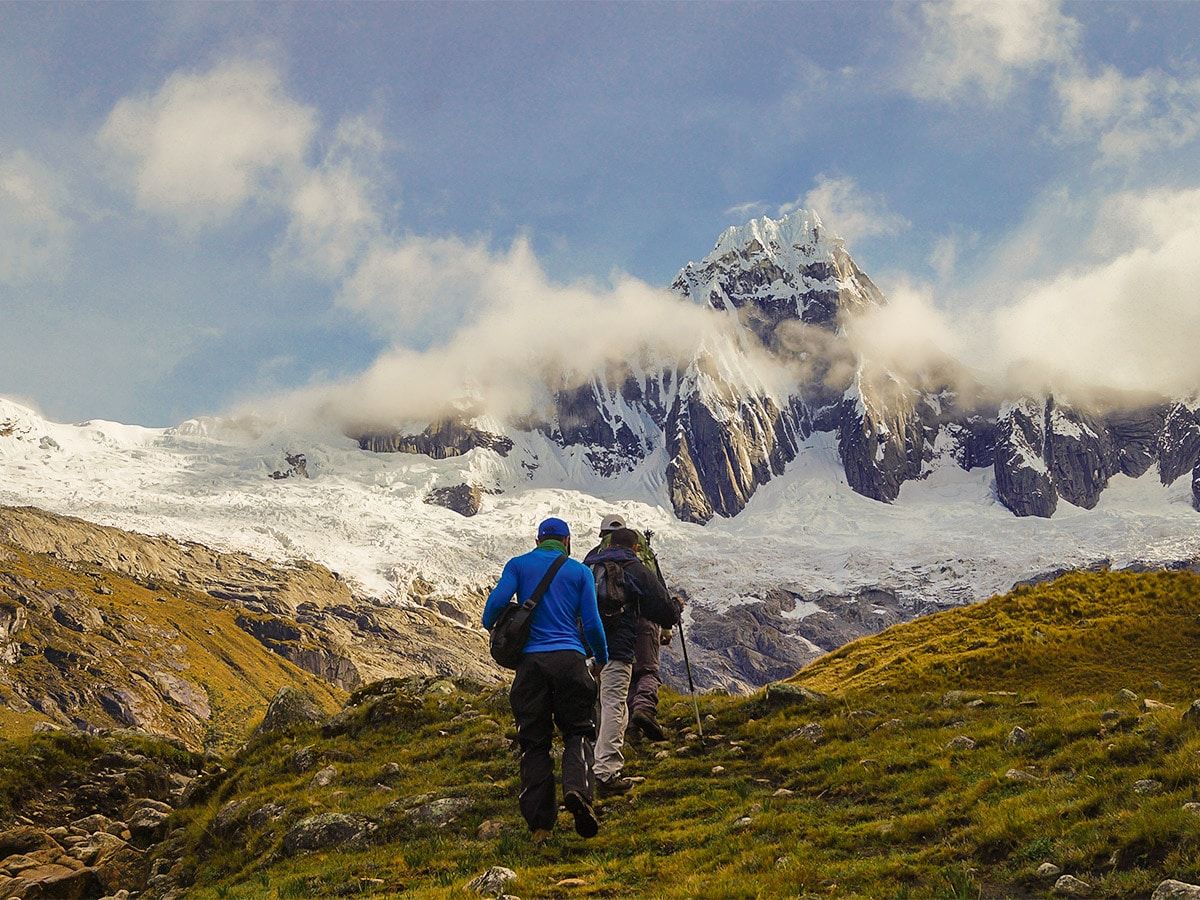 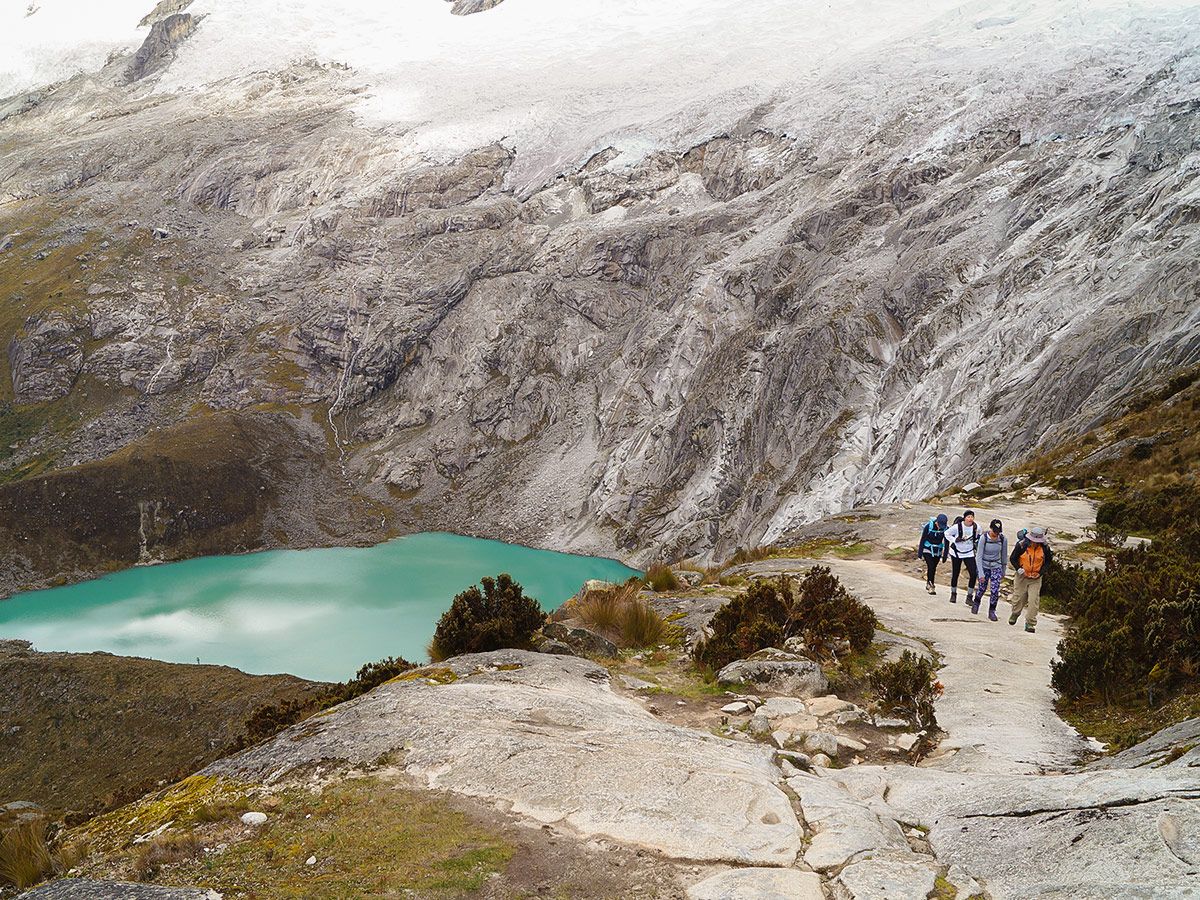 Why Trek in Peru?

Peru offers visitors a rich cultural and historical heritage, unique flora and fauna, and some of the most spectacular high-altitude trekking in the world.

While many tourists to Peru focus on the trekking options around Cusco, we like to point out that some of the most spectacular treks on earth are in Northern Peru. Outdoor enthusiasts will find everything they are looking for and more in the unforgettable mountain paradise of the Cordillera Blanca and Cordillera Huayhuash ranges. With so many great reasons to go trekking in the Peruvian Andes, the better question is which trekking tour will you choose first? 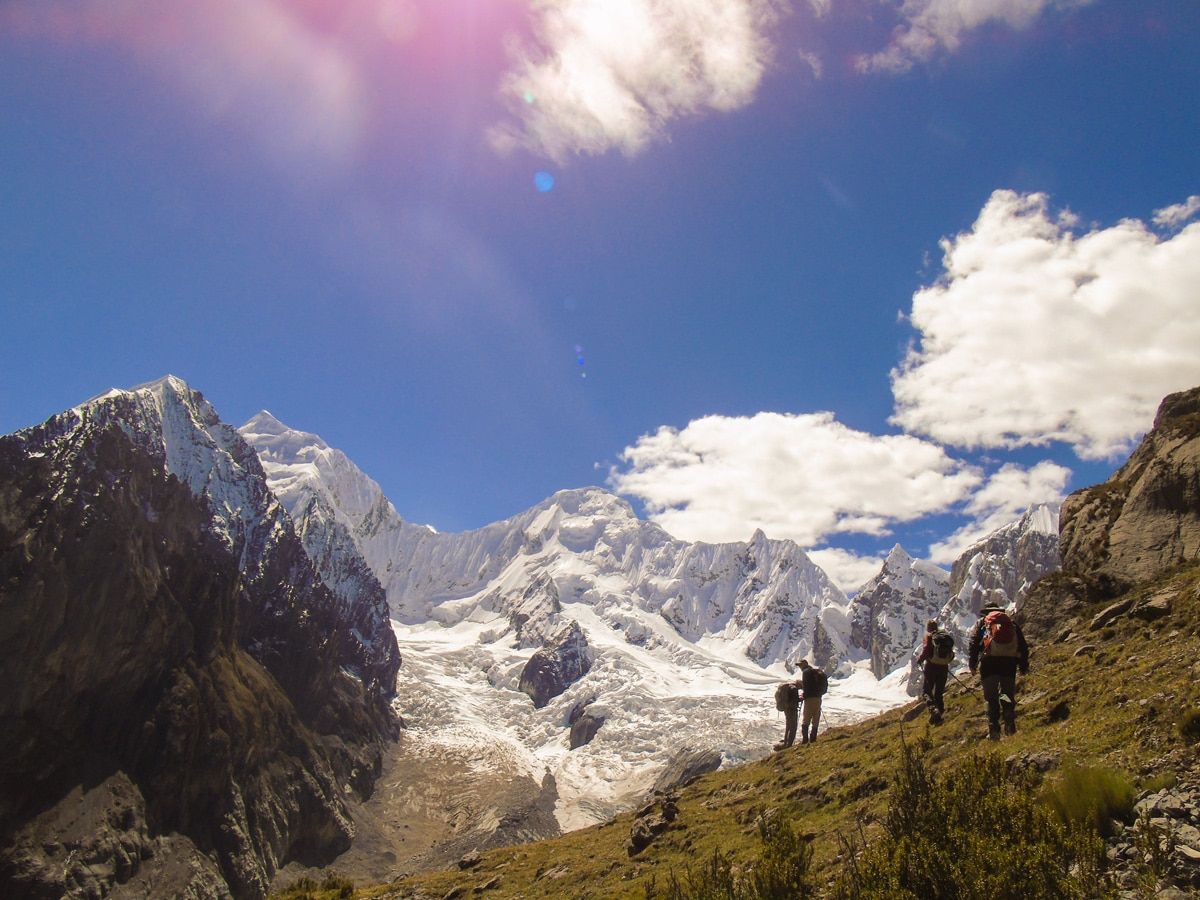 Trekking the Huayhuash Circuit in Peru on a guided tour 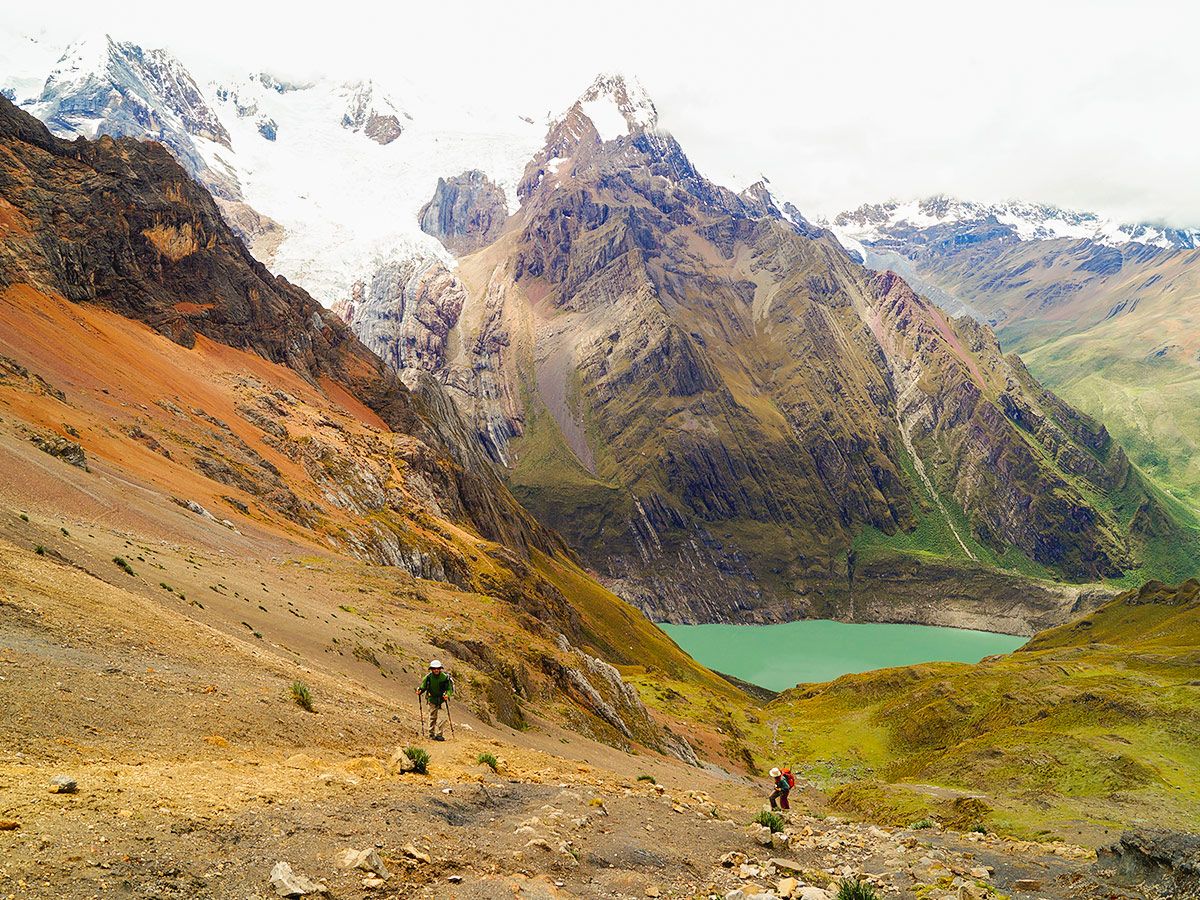 Trekking in Cordillera Huayhuash on a guided tour

The Cordillera Huayhuash is spectacular, and is becoming increasingly popular. Trekking in the Huayhuash means you are in high-altitude, remote country. The most popular trek is variants of the Huayhuash Circuit, from the complete tour to a shortened 4-day tour. 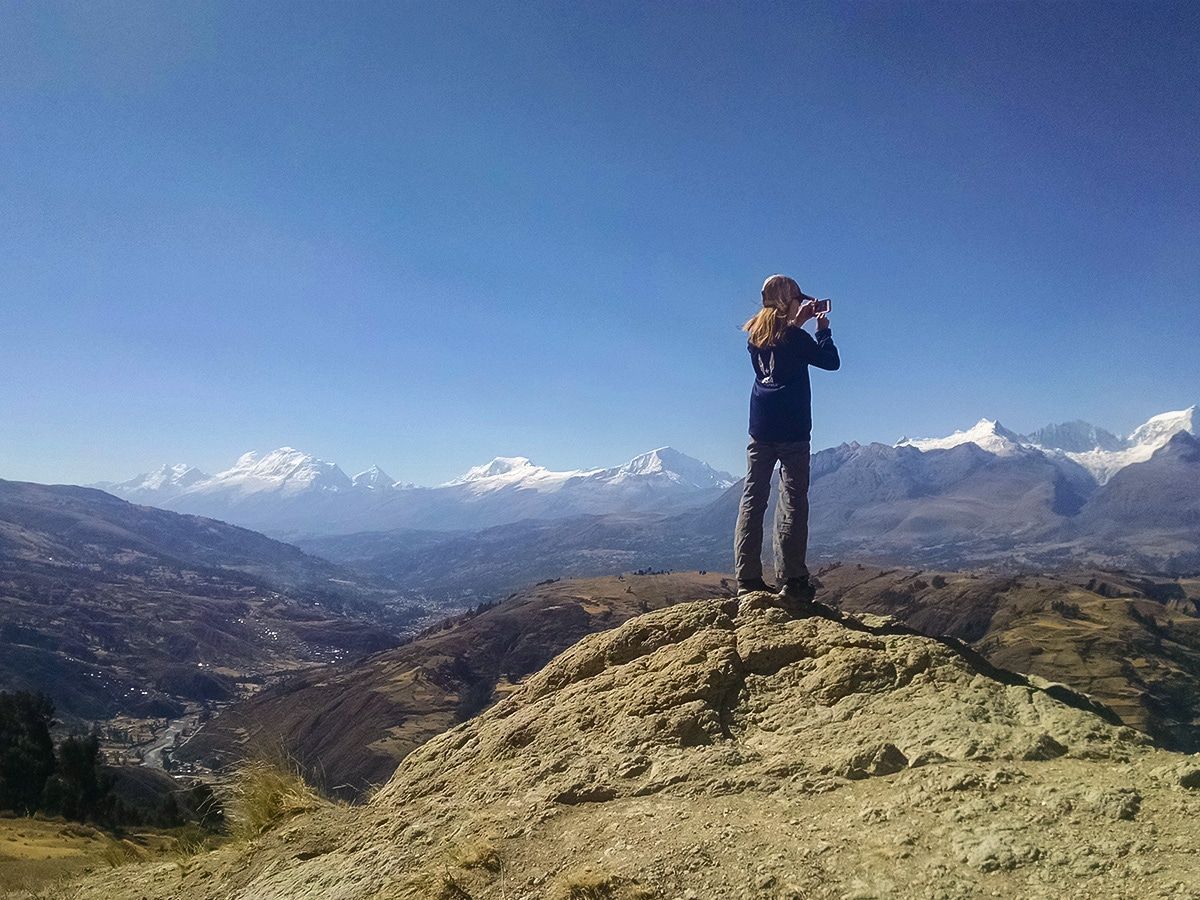 Day guided hike from Huaraz to Wilkacocha in Peru 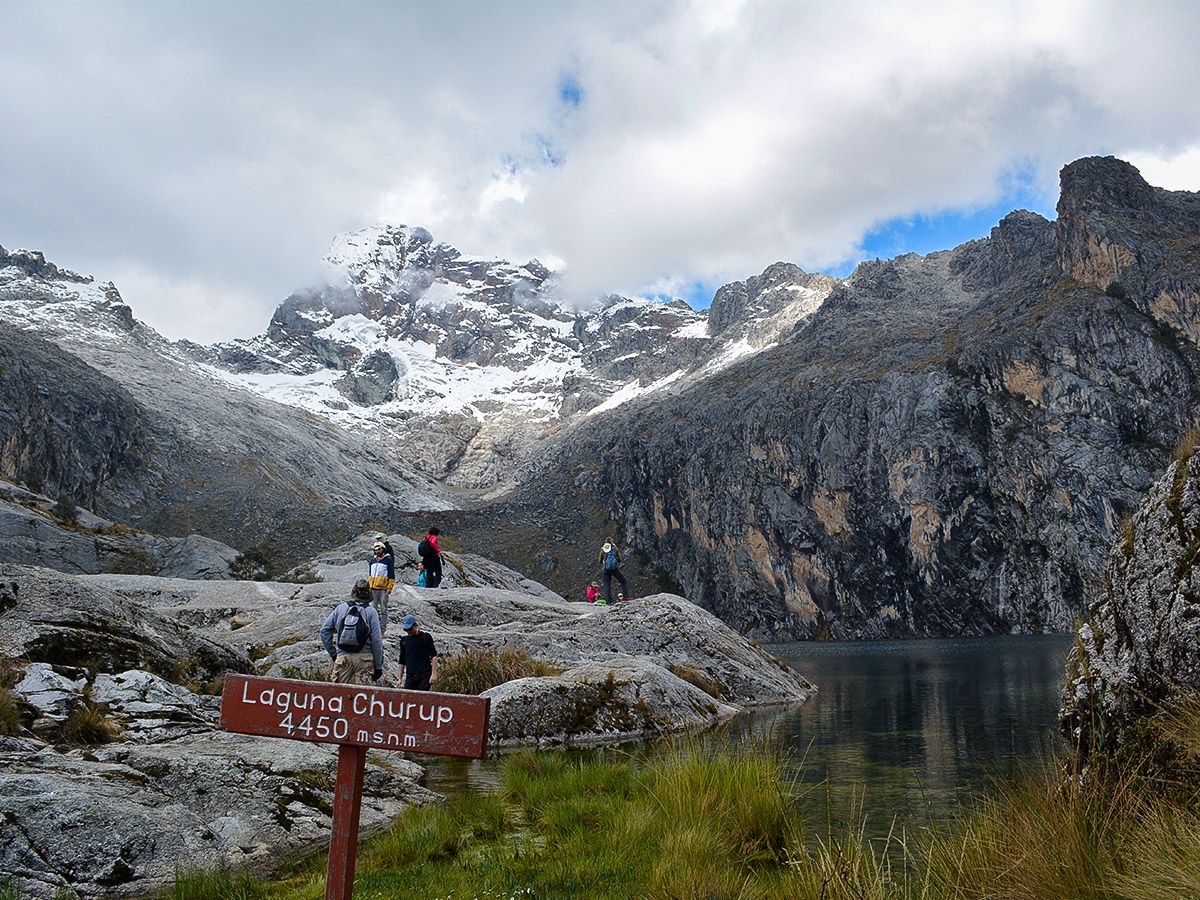 The Cordillera Blanca is less popular than the Cordillera Huayhuash, so it’s a great option for trekkers who want fewer crowds, but still desire the stunning views of this part of Peru.

The Alpamayo trek is an 11-day trekking tour in the Cordillera Blanca range takes you around the base of Alpamayo, which is consistently rated among the most beautiful mountains in the world. Explore the famous Huascaran National Park, trekking among snow-capped peaks and stunning mountain lakes. The highlight of this trek is the chance to cross a glacial moraine and climb up to the Alpamayo base camp. Experience the heart of the Andes in the Cordillera Blanca. If you can’t commit to the complete Alpamayo, you can shorten the Alpamayo tour by 3 nights by exiting at Pomabamba. 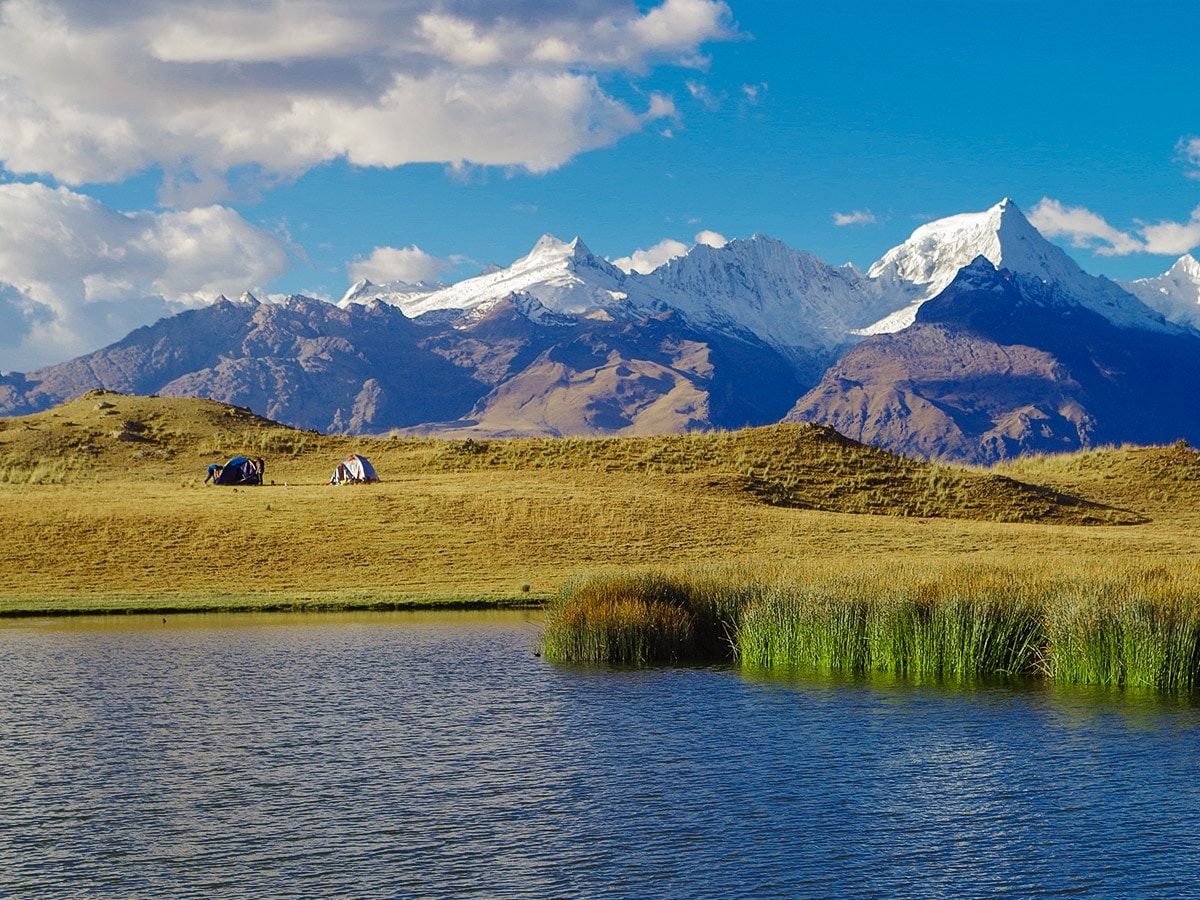 Guided dayhike to Wilkacocha near Huaraz in Peru 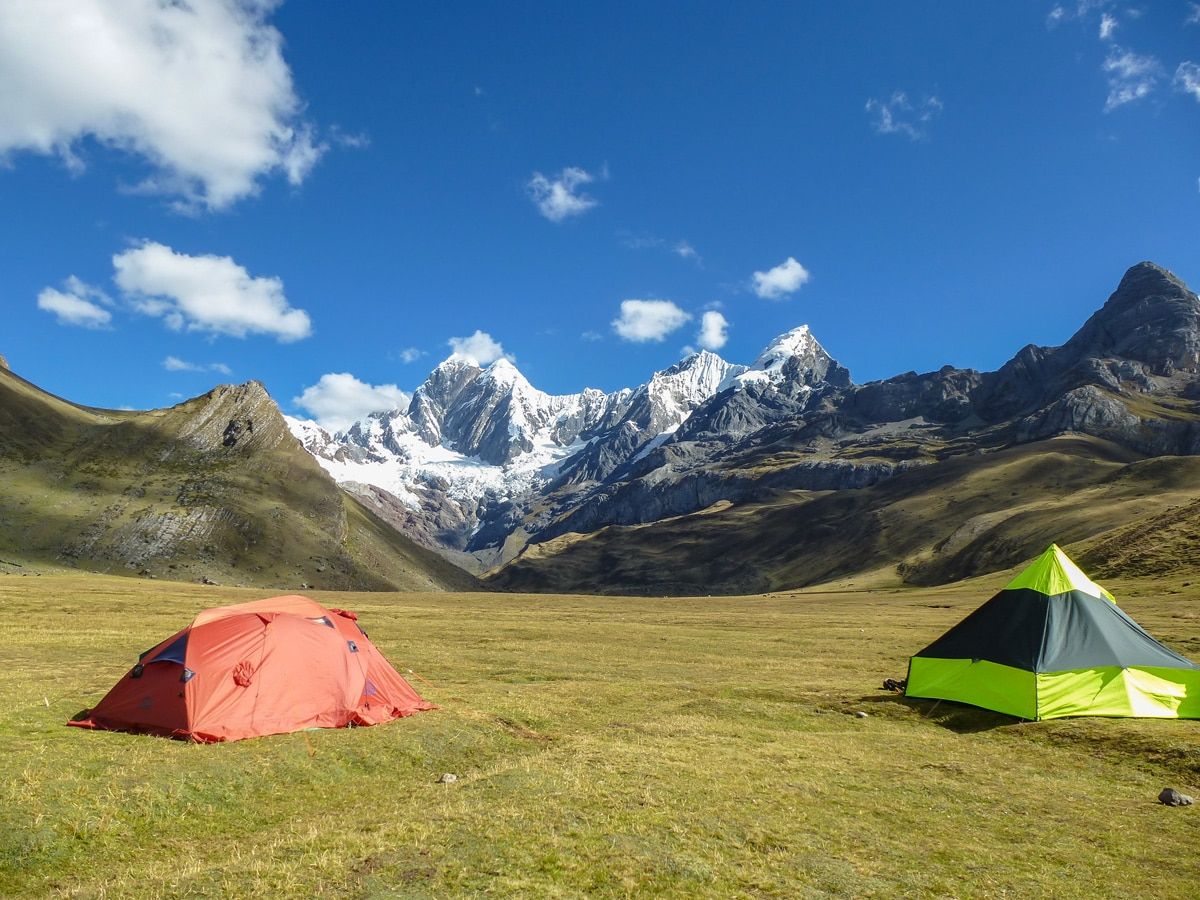 Camping in Cordillera Huayhuash on a guided tour

When to Trek in Cordillera Blanca and Huayhuash

The trekking season in the Cordillera Huayhuash and the Cordillera Blanca is between April and September. Like many other tropical areas, the Peruvian Andes region experiences a rainy season between October and March. Heavy rains can make trekking treacherous, and cloudy conditions prevent you from experiencing the spectacular views that make the region famous.

The region is in the tropical latitudes but temperatures are moderated by the high altitude. Because of its proximity to the equator, average temperatures remain the same year-round with high temperatures between 20-23 degrees Celsius (69-73 degrees Fahrenheit) and lows averaging between 3-8 degrees Celsius (37-46 degrees Fahrenheit). The higher you are in elevation, the colder the days and nights can get, and you’ll definitely need a warm down coat for mornings and evenings. Occasionally the temperature will dip below freezing at night.

Book your Peru trekking tour in the dry season, between April and September.

Getting to Cordillera Blanca and Huayhuash

Huaraz is the gateway city for the Cordillera Huayhuash and Cordillera Blanca. You’ll need to get to Huaraz, from where you can arrange a taxi or your trekking tour will depart from.

Since Huaraz does not have its own airport, travelers to Huaraz should fly to the international airport in the capital city of Lima. From Lima, there are several different bus options to get to Huaraz. The trip takes about 8 hours, so it is often worth spending a little more for a comfortable ride and opportunities to eat along the way. If you are booking a guided trekking tour based from Huaraz, be sure to get assistance from your trekking company to arrange your travel to and from Lima. 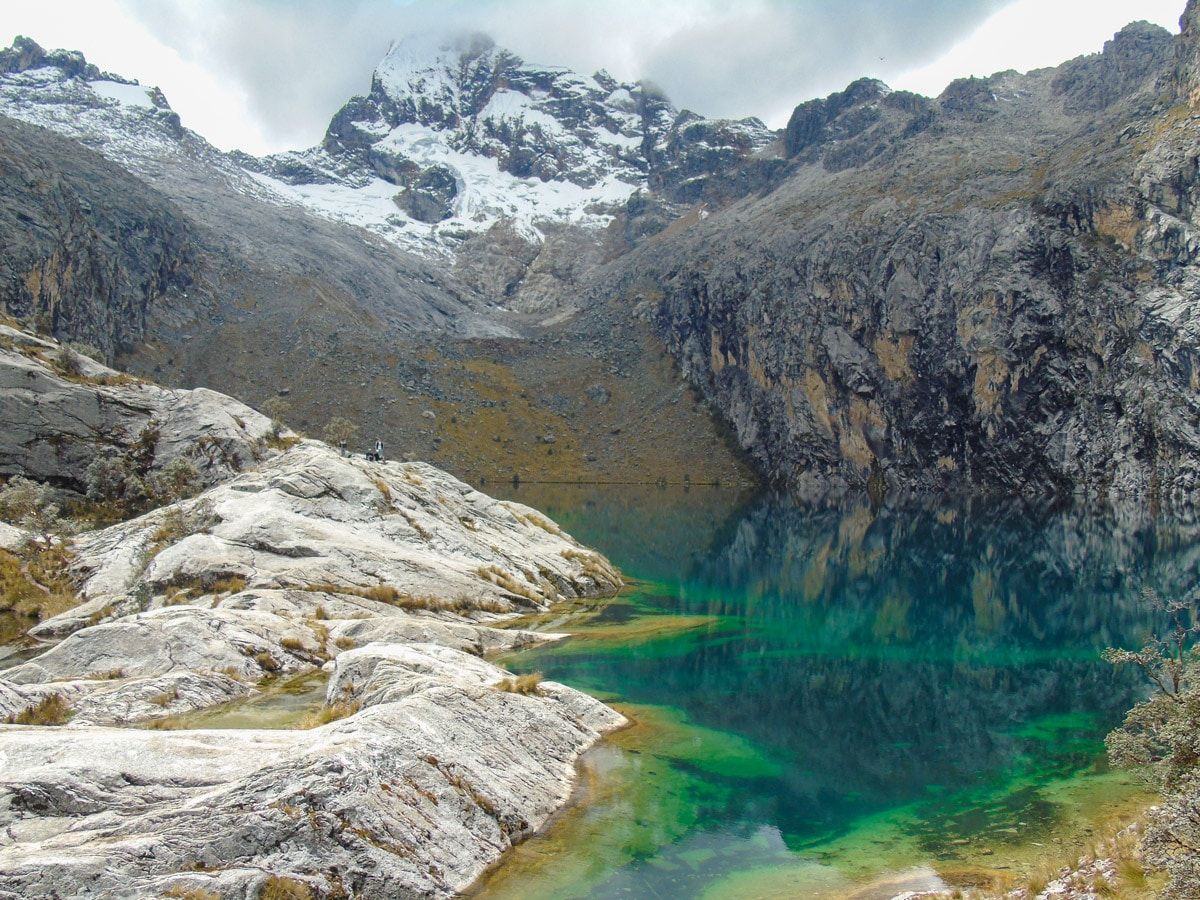 Great views at Laguna Churup near Huaraz on a guided tour Camping on the Santa Cruz trek in Peru on guided tour

Huaraz is the capital of the Ancash region of Peru and the gateway to some of the most spectacular trekking opportunities in Peru. The city itself has some good day hikes nearby, but it is mostly a stop-over from Lima to the great trekking nearby. Nearby Huascaran National Park and the magnificent Cordillera Blanca and Cordillera Huayhuash mountain ranges have turned this small Peruvian city into a destination for trekkers and other outdoor enthusiasts. With a population of about 120,000 people, it ranks as the 22nd largest city in Peru. In other words, it is a small city that offers huge opportunities.

At an elevation of over 3,000 m (about 10,000 ft), Huaraz makes a perfect base for altitude acclimatization and preparation for trekking adventures in the Peruvian Andes. The name ‘Huaraz’ comes from the Quechua word for “dawn,” which is a fitting name for this place that has been the start for so many beautiful days and grand adventures. 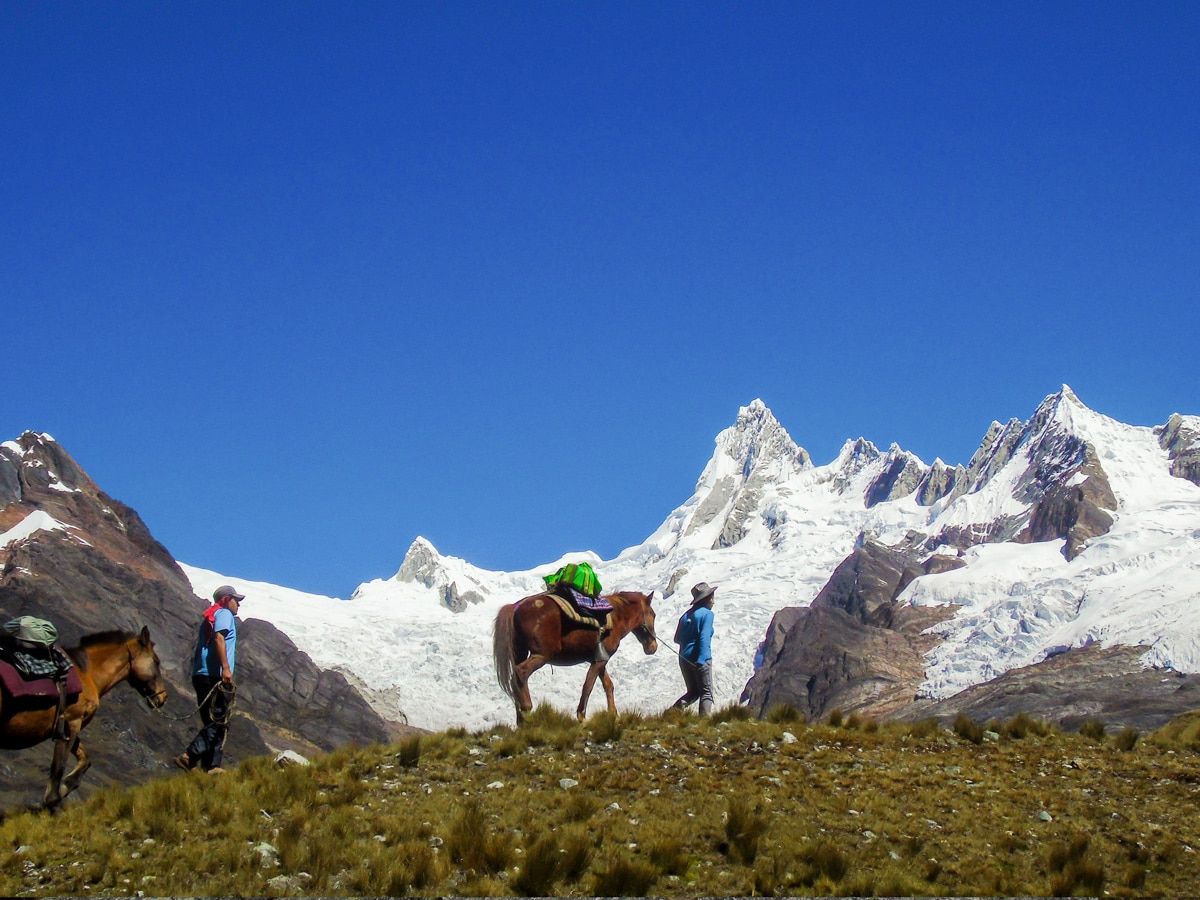 Acclimatization for Trekking in Peru

Altitude sickness should not be taken lightly and can ruin a long-anticipated trekking adventure very quickly. Plan to spend several days in Huaraz before attempting a longer trekking tour to even higher elevations. Help your body adjust by booking a series of guided day treks, based from Huaraz, that are perfectly adapted to be acclimatization treks.

To help your body adjust to the elevation, be sure to eat well and drink a lot of water. Your body needs more calories at higher altitudes and can become dehydrated more quickly. Avoid alcohol, tobacco products, and sleeping medications since these can make symptoms of altitude sickness worse. Talk to your doctor before your trip, as prescription medications are available that can help alleviate symptoms of altitude sickness. Most people will adjust nicely and be able to enjoy their trek in the Peruvian Andes if they allow sufficient time for acclimatization and adjust their pace as needed.

Grab your backpack and your hiking boots and book a guided trekking tour in the Peruvian Andes today. Whichever tour you choose, you’re in for the experience of a lifetime! Check out the Peru Tours on 10Adventures.com

You can also check out our article that explains the difference between hiking and trekking activities.

Are you planning a trip to Peru? We've written some articles to help you plan the perfect trip!