How Hard is it to climb Mount Kilimanjaro? Here’s Everything You Need to Know

The tallest peak in Africa also happens to be the highest free-standing mountain in the world, so just how hard is it to climb Mount Kilimanjaro? Well, successfully reaching the summit of Uhuru depends on a number of different factors that include the specific route chosen, time of year, duration of your excursion, level of physical fitness, and weather conditions. As if those aren’t enough, there is always the ever-present threat of altitude sickness, symptoms of which can seemingly come out of thin air (pardon the pun).

Considering all of these factors, it would be a mistake for anyone to underestimate the difficulty of climbing to the top of Mount Kilimanjaro. Even still, countless visitors are disillusioned by tales of it being one of the easiest of the Seven Summits of the world to climb; and while this may be true, the altitude and level of fitness required still make it a demanding adventure in its own right, leading to many would-be explorers having to abandon their pursuit before reaching the summit. If you are looking to learn more about the difficulties associated with climbing Mount Kilimanjaro, continue reading below. Otherwise, check out this informative article on everything you need to know about completing a trek to the highest peak in Africa. 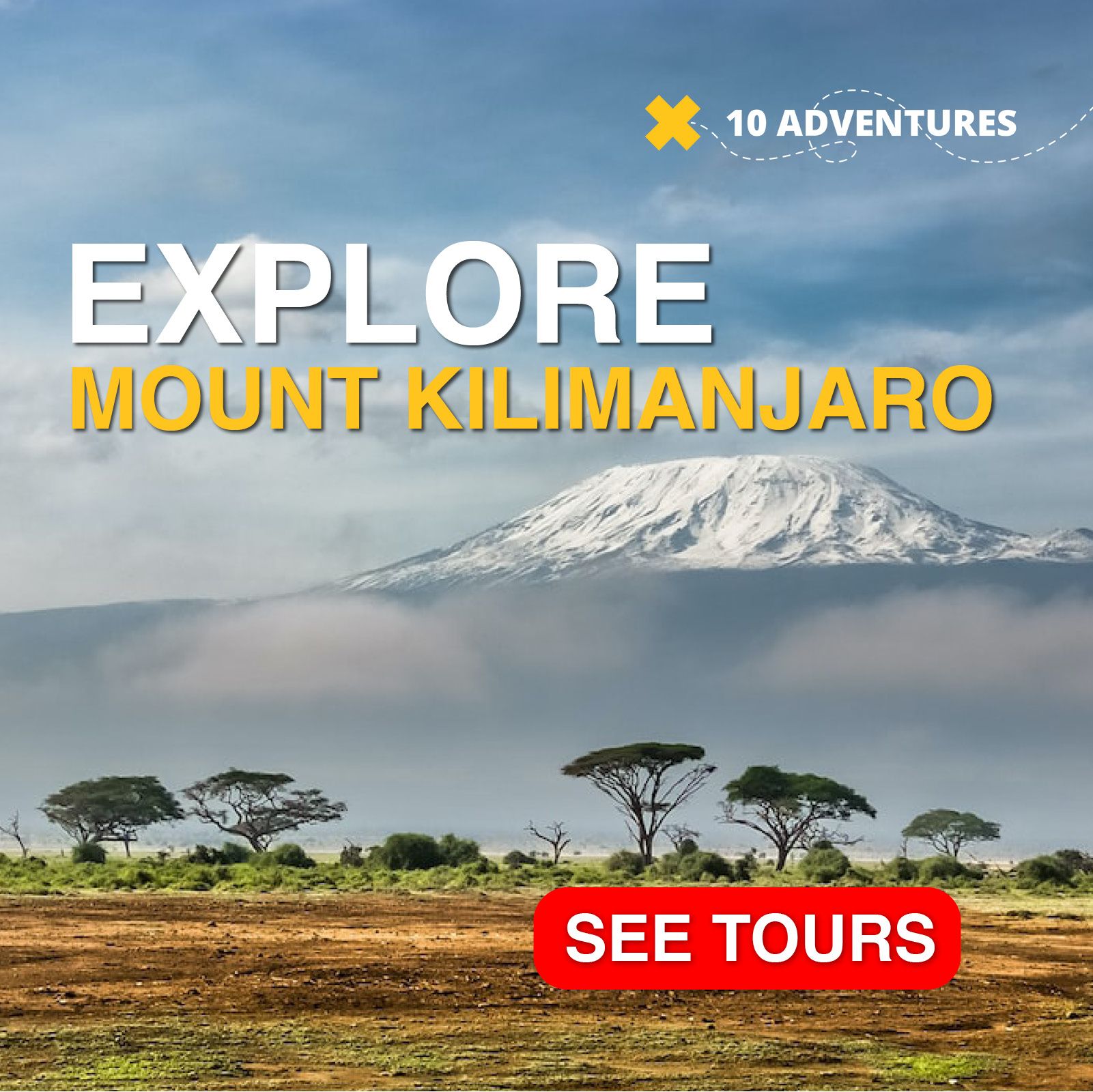 How Technical of a Climb is Mount Kilimanjaro?

It can be easy to look at Mount Kilimanjaro through the lens of the tallest peaks on other continents and think that it will be a difficult and technical challenge, when the reality is that climbing Mount Kilimanjaro isn’t a technical feat at all, and is considered more of a “walk up”. The challenge in reaching the summit of Africa’s highest peak rests mainly in how your body is able to cope with the altitude, rather than a reliance on and understanding of how to safely utilize climbing equipment such as ropes, harnesses, and ice axes.

That isn’t to say that there are no technical routes leading up to the summit of Kilimanjaro - the Western Breach via Umbwe Route is now reserved for experienced alpinists due to the danger of melting ice and falling rocks - but rather that you can certainly tackle the mountain without encountering any technical or dangerous terrain. 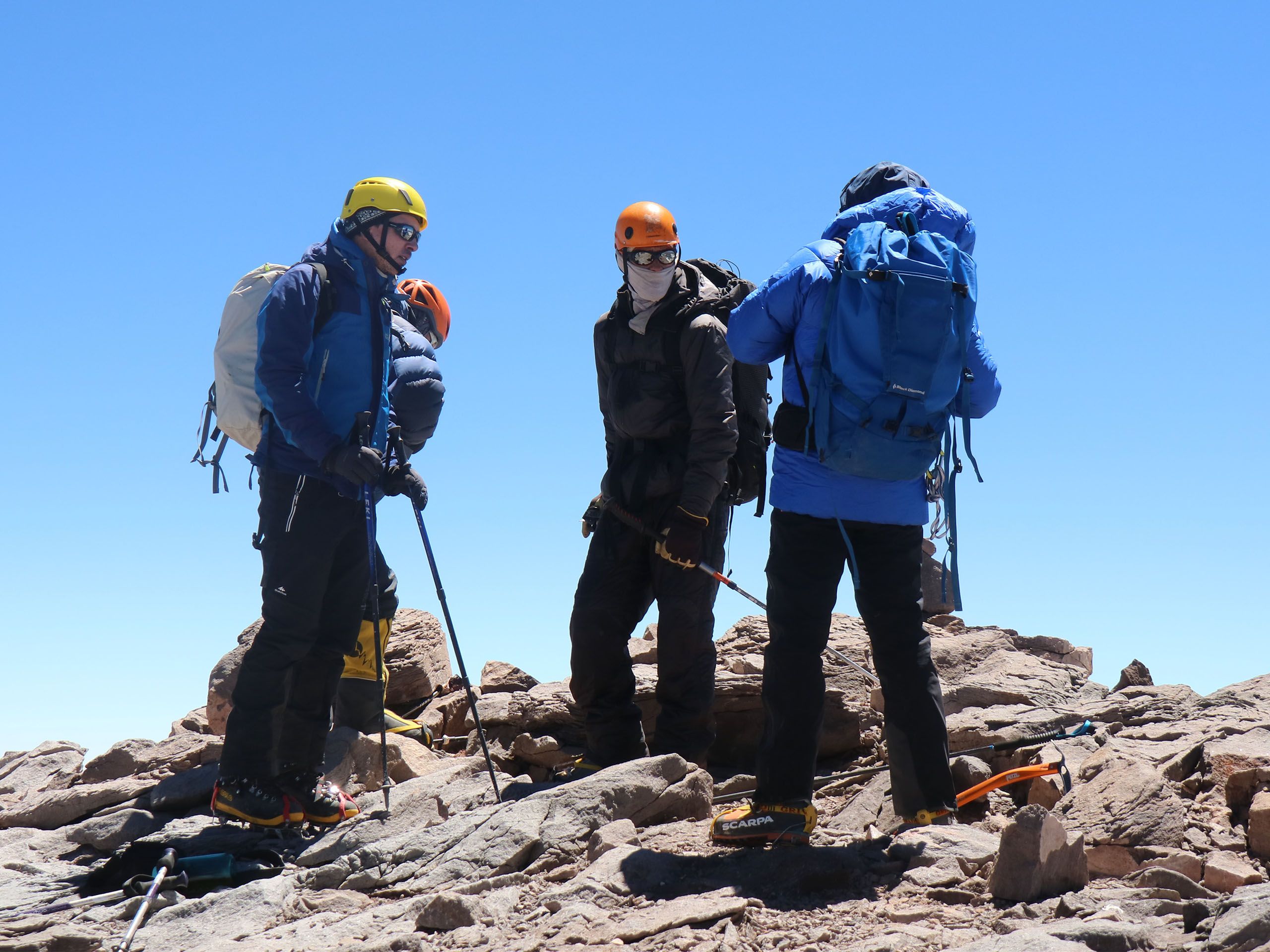 So Why is Climbing Mount Kilimanjaro Considered Difficult?

As mentioned above, altitude is the main obstacle to overcome when summiting Mount Kilimanjaro. No matter which route you decide to take up the mountain, you will be climbing through a series of 5 ecological zones, each with their own climate and weather patterns, in order to reach an elevation of 5,895 m above sea level. You might think that excessive rain or freezing cold temperatures would produce the most discomfort while living on the trail for 6-9 days, when in reality, the dizzying symptoms of altitude sickness are far worse. Making sure that your body is properly acclimatized throughout the entire journey is key to your success, and is part of the reason why some people chose a longer route (like the Northern Circuit), allowing their bodies to better cope with the changing conditions.

What Level of Physical Fitness do I need to Climb Kilimanjaro?

Although acclimatization certainly plays a major role in your chances of reaching the top of Africa, you will also need to consider the level of physical fitness needed to climb Mount Kilimanjaro. Many visitors read stories of how easy it is to climb the mountain, when the reality is that you will still need to be physically fit to achieve the feat, no matter which route you ultimately take.

While you don’t need to be an Ironman competitor to climb Kilimanjaro, you will still need to be capable of carrying a pack, steadily climbing uphill, and camping outdoors for days on end. In addition to this, other factors such as pre-existing health conditions will also come into play when considering such a physically demanding excursion. Be sure to consult a medical practitioner and online resources like the CDC Kilimanjaro Overview well in advance of your trip to create a training regimen that works for you. Does Weather Affect the Difficulty of Climbing Kilimanjaro?

As with climbing any mountain, the weather on Mount Kilimanjaro can be unpredictable, making it one of the main factors that can add difficulty to your adventure. Climbing seasons on the mountain are generally broken up into several periods, with the January-March and July-October windows offering the most favourable weather conditions. These also coincide with higher volumes of foot traffic, but it is a small price to pay for the increased level of comfort along the trail and a higher rate of success when it comes to summiting. To learn more about the effect of weather on be sure to check out this article on the best time to climb Mount Kilimanjaro.

While there are plenty of different routes leading up to the summit of Mount Kilimanjaro, we will focus only on the seven most popular routes to determine which are the most difficult and what route will be best suited for your climb. Starting with the easiest of the routes:

One of the oldest routes leading up Mount Kilimanjaro, the Marangu Route is popular with inexperienced adventurers, as it is the only route to feature dormitory-style huts rather than outdoor camping. The downside of this route is that it lacks the same period of acclimatization as some other routes have.
Distance: 64.0 km
Days: 6
Accommodation: Huts

Climbing uphill near the border of Tanzania and Kenya, the Rongai Route utilizes the northeast slope of the mountain and passes through some truly beautiful wilderness. The remote feeling and steady acclimatization period make it a popular route for those who want a quieter experience.
Distance: 65.0 km
Days: 7
Accommodation: Camping 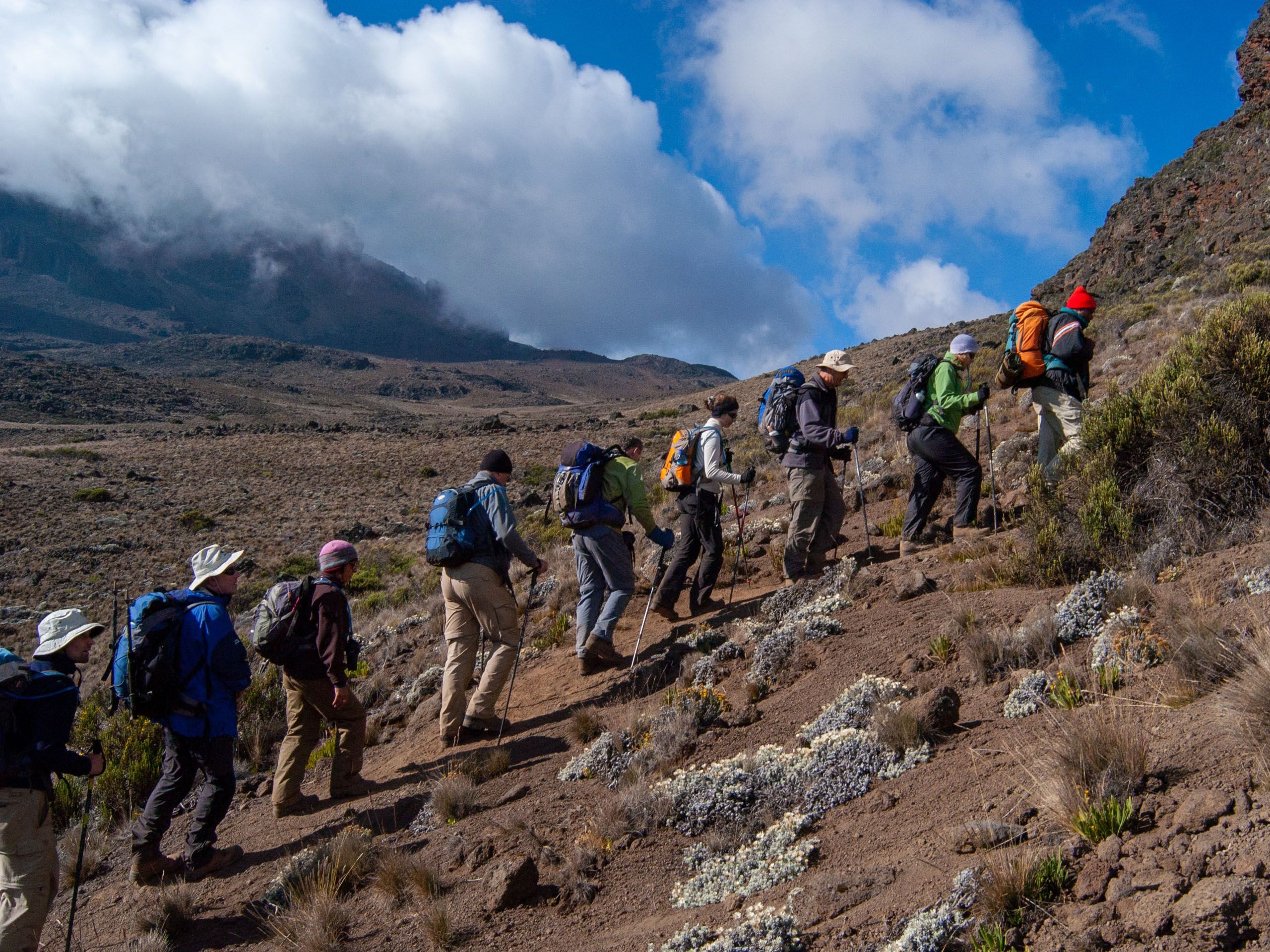 The longest of the trails leading to the top of Kilimanjaro, the Northern Circuit is a newer creation that combines elements of several other routes into one amazing adventure. This route offers plenty of time for acclimatization, as well as beautiful scenery and wildlife viewing opportunities.
Distance: 90.0 km
Days: 8/9
Accommodation: Camping

Ascending Kilimanjaro from the west, the Shira Route begins at a higher elevation point compared to the nearby (and newer) Lemosho Route. Because of this, acclimatization can be difficult and results in lower amounts of foot traffic on this trail.
Distance: 56.0 km
Days: 7/8
Accommodation: Camping

The most popular of the routes up Kilimanjaro, the Machame Route passes by well-known landmarks and features stunning views along the trail. This path offers a good challenge, but is balanced out by a proper acclimatization period.
Distance: 49.0 km
Days: 7
Accommodation: Camping 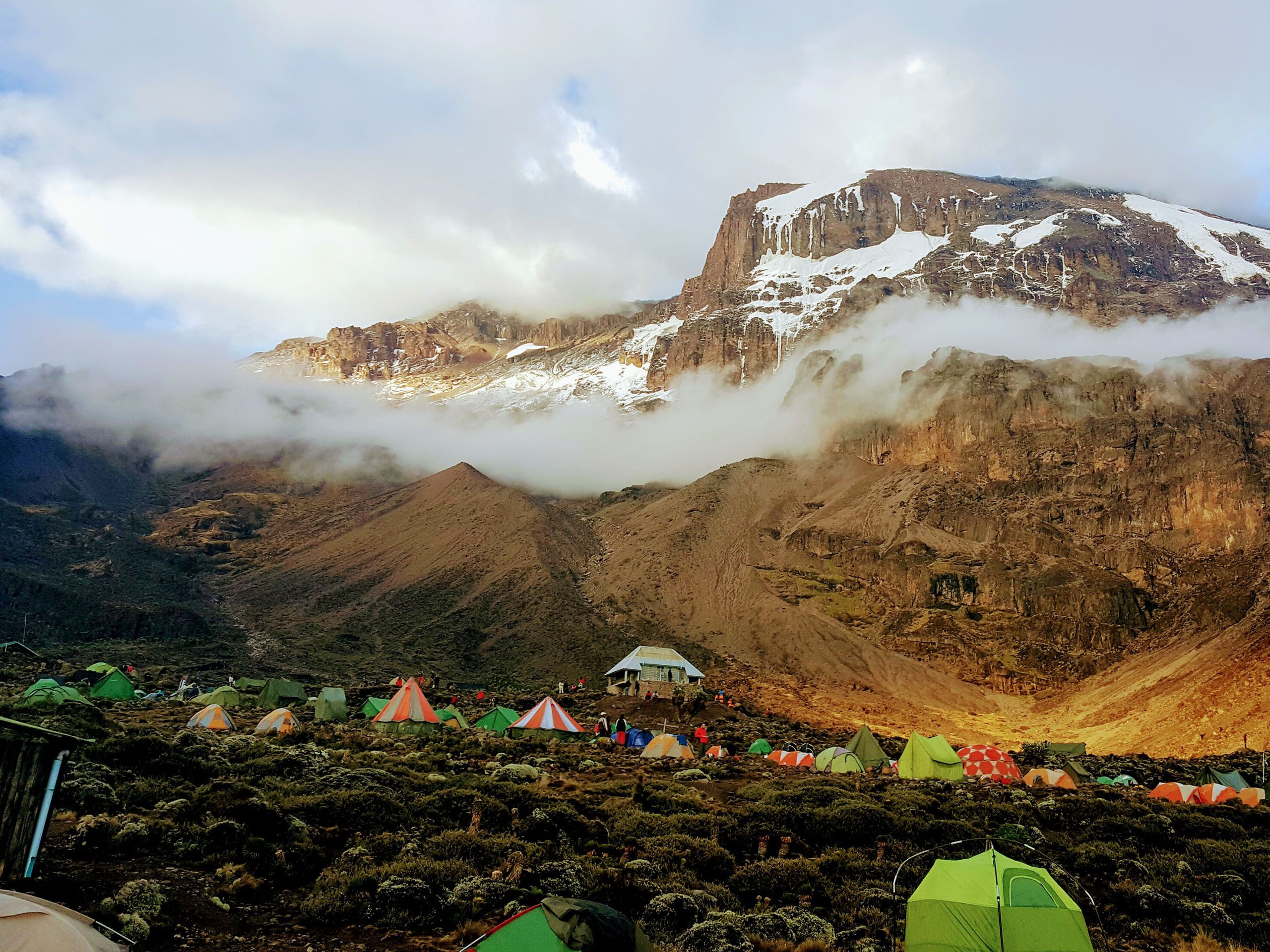 Machame Route - the most popular route

One of the newer routes up the mountain, the Lemosho Route features some of the most beautifully scenic terrain, as it climbs up the remote western slope of Kilimanjaro. This trail offers a great challenge with a solid acclimatization period, and is of a similar difficulty to the Machame and Shira routes.
Distance: 56.0 km
Days: 7/8
Accommodation: Camping

The Western Breach via Umbwe Route is the most challenging route leading up Kilimanjaro and is reserved only for experienced alpinists, after a number of fatalities occurred on the trail. Melting ice and a constant threat of rockfalls make for a dramatic experience that is appreciated by hardcore adventure enthusiasts.
Distance: 48.0 km
Days: 7
Accommodation: Camping 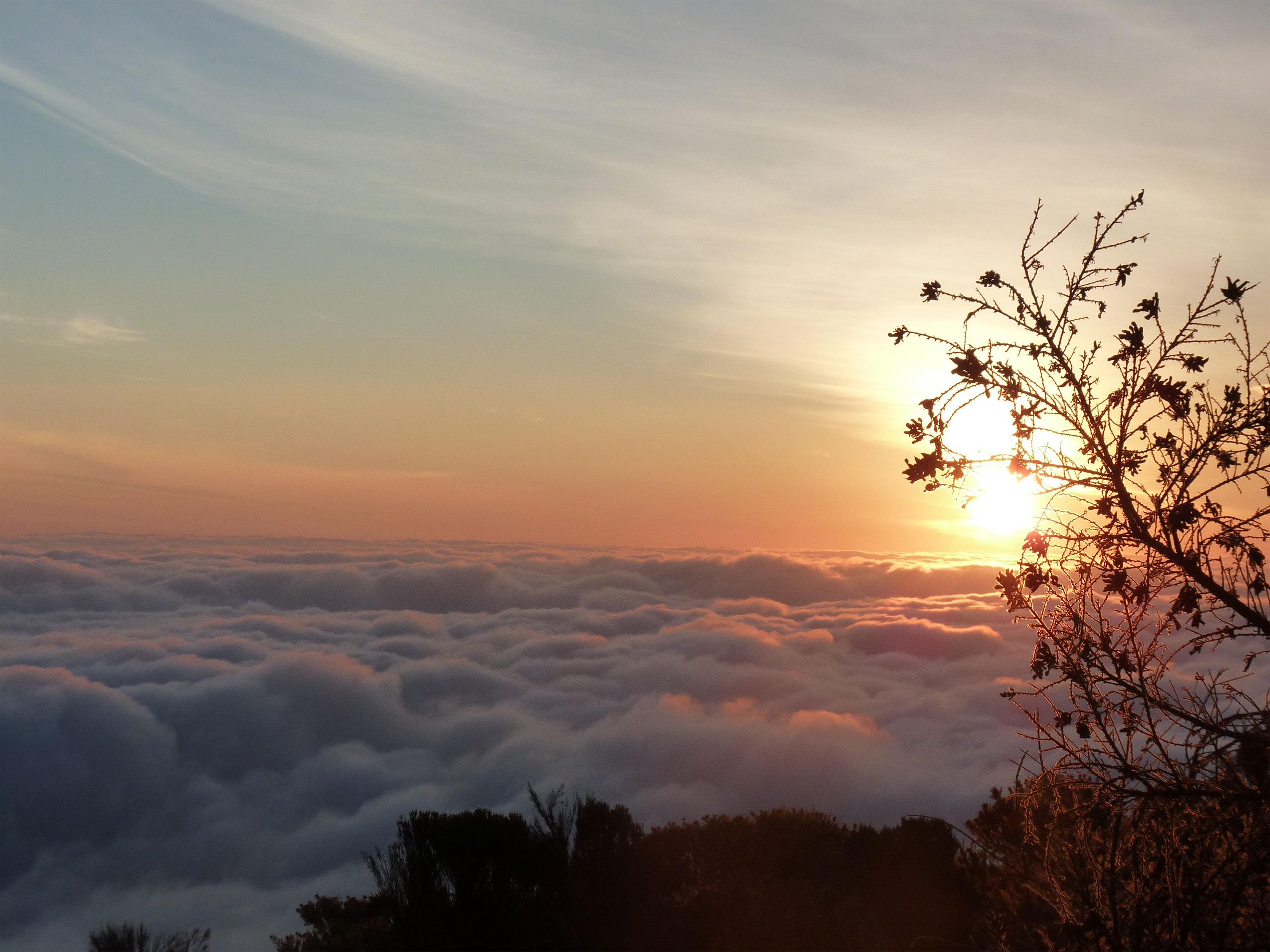 So Which Route to the Summit of Kilimanjaro Should I Choose?

When it really comes down to it, the right Kilimanjaro climbing route for your trip will be determined by what you are comfortable with. Some adventurers want to traverse the most physically demanding stretches of terrain or try to summit the peak in a shortened period of time, while others want a more easy-going experience. Each individual looking to reach the summit of Africa’s highest peak will face their own unique set of circumstances based on factors such as physical fitness, acclimatization, weather, determination, and a plethora of other things. The best thing that you can do is to research as much as possible, plan your adventure, train to get your body in shape, and allow your body enough time to acclimatize to the conditions. By doing so, you will drastically increase your chances of successfully reaching the summit of Mount Kilimanjaro, no matter which route you decide to set out on.

Check out our series of articles on how to climb Mount Kilimanjaro to discover how you can plan a perfect Kili Climb!

Choosing which Route on Mount Kilimanjaro